Passing out is a common term that is used to describe altered states of consciousness like sleeping to fainting at the extreme. Generally blackouts are not serious for most people. Recovery is quick and it may not occur again. The cause is sometimes not easy to identify. At other times blackouts can occur with serious underlying diseases or lead to serious complications.

What is a blackout?

A blackout is also known as fainting or by the medical term syncope but can also apply to a period of time when a person cannot recall anything like during excessive alcohol consumption (alcohol blackouts). Fainting or syncope is where there is a loss of consciousness as a result of disturbances in brain activity that is required to maintain consciousness. It should not be mistaken for sleep.

Blackouts are temporary. Most people will recover after a short period of being unconscious. It is usually not fatal but in certain circumstances, like experiencing a blackout when driving or when using heavy machinery, it can lead to serious and even deadly consequences. Even falling and striking the head on the floor can be life threatening depending on the surface and force of impact with the floor.

Most blackouts are preceded by a lightheaded feeling or dizziness. Often people also experience alterations in vision, smell, taste and hearing just prior to fainting. Confusion, headaches, perspiration, twitches and seizures may also precede a blackout. However, in some cases a person may blackout without any prior warning signs. There may also be loss of memory, confusion and difficulty speaking after recovering from a fainting spell. 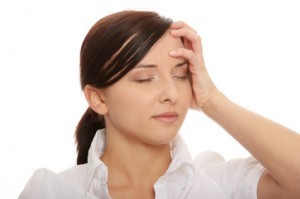 Any disturbance to brain activity may lead to a blackout. It may not always be as direct and obvious as a blow to the head. Even a disruption of blood supply, oxygen or glucose levels can disrupt the normal functioning of the brain within minutes or even seconds and result in a blackout.

There are various ways in which the brain can be injured and its functioning disturbed. The most obvious would be a blow to the head as may occur with a fall and striking the head, vehicle collision injuries, contact sports and during a physical assault. Even a mild head injury can lead to a blackout. In these cases the force causes disruption of brain activity (concussion). Other ways in which a traumatic head and brain injury may also occur with:

Other brain conditions and mental health diseases where blackouts may occur even without a clearly identifying insult includes:

The brain needs a steady flow of blood to continue functioning. Blood carries oxygen and nutrients that is required by the brain tissue. In fact the brain tissue is considered as the most oxygen-sensitive tissue in the body. 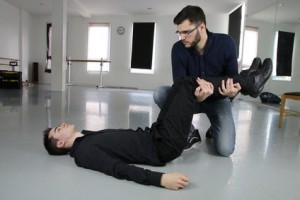 These are some of the measures that need to be implemented when a person feels lightheaded or dizzy, which usually precedes a blackout. It may even prevent a blackout. Even when a blackout does occur, certain actions are necessary to prevent injury or serious complications.