Pimples, sores and lumps under the arms are not uncommon as is itching which often occurs for no obvious reason. These lesions and symptoms may resolve on its own in many instances without any need for treatment. However, persistent pimples and sores, as well as painful lumps that are enlarging, are often a cause for concern. The latter is in many instances associated with cancer although enlarged axillary lymph nodes can occur for various reasons.

The armpit (axilla) is a hollow created at the point where the chest wall, upper arm and shoulder meet. The overlying skin has coarser hair in adults and due to the warmth generated in this region, it tends to sweat more than other sites. There are six groups of lymph nodes in the axilla that drain lymph from the chest wall including the breasts, upper part of the abdomen and the arm. 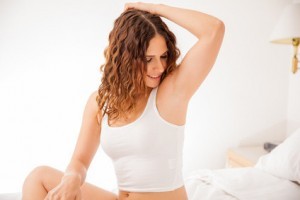 The word ‘pimple’ is often used loosely to describe any tiny raised lesions (bump) on the skin surface. Usually the word is associated with acne but may also refer to tiny boils (abscesses) and cysts on or just under the skin.

Sore is another word that is used loosely to describe a range of different lesions, including boils, cysts, scabs and wounds. Most of us refer to a skin lesions as a sore when it is painful or tender or was or still is a site of bleeding.

Lumps usually refers to large masses than pimples that is typically under the skin. Often these masses are enlarged lymph nodes and features such as whether it is hard or soft, mobile or fixed as well as if it is enlarging are important to note.

Any lesions on the skin of the armpits or just underneath it should be assessed by a medical professional especially if it is worsening, itching or paining intensely and causing other symptoms like unusual odors. These armpit lesions may be accompanied by other symptoms like burning armpits. Although many of these lesions appear similar to many people, there are distinct difference that may indicate the underlying cause.

Itchy armpits is not an uncommon symptom. Given the hair, sweat, skin oils and lack of ventilation there may be occasional itching despite a lack of any skin disease. Aggressive scratching of the skin can easily injure it. Having long nails or jagged nails may injure the skin easily and more extensively. It can further lead to bacterial skin infections as dirt under long nails and bacteria from the mouth on bitten nails are introduced into the skin tears.

Removing hair from the armpits is a commonly practiced cosmetic procedure, especially among women. The choice of hair removal can sometimes irritate the skin, lead to bacterial infections or even injure the skin and underlying tissue. Sometimes the armpit hair itself can become infected, which is a condition known as armpit trichomycosis.

In some people it may elicit an allergic reaction. Hair removal should be done carefully as the skin of the armpits do not have the same underlying support as the skin around it. Always keep the area clean and never scratch the armpits after hair removal.

Folliculitis is another fairly common condition where the hair follicles become inflamed. Usually this inflammation is a result of an infection and bacteria like Staphylococcus aureus are the more common pathogen. Folliculitis can occur on healthy skin as well but in the vast majority of cases it occurs when there is a break in the skin or damage to the hair follicle. This may arise after hair removal or with scratching the area among other ways.

Ringworm is a common term used to describe fungal infections of the skin. It is called a ringworm due to the round red lesions that it causes but it is not caused by a worm. Most fungal skin infections are caused by dermatophytes and sometimes yeasts can also be responsible. The warm, dark and moist environment of the armpits provide an ideal environment for fungi and it is further promoted by skin injury.

Lipomas are abnormal growths of fat tissue. It is considered as a benign tumor and the armpits are among the more common sites where lipomas occur. The exact reason why these fatty growths arise is not clearly understood but it appears to be associated with injury to the area and is also more likely to occur in people who are obese. Lipomas under the arms do not pose any significant health risk.

Skin tags, medically known as acrochordons, are benign protrusions from the skin. These tags can occur anywhere on the body and the neck and armpits are commonly affected sites. Skin tags are not the same as warts although these lesions may appear similar. With warts there is abnormal growth of the skin cells often due to an infection with the human papilloma virus (HPV). 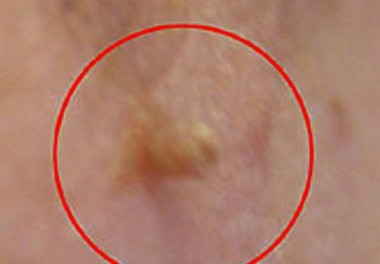