Nipple discharge affects many women who are not pregnant or breastfeeding and the presence of breast secretions do not always indicate any serious problem. While breast milk is expected in pregnancy and after child birth, other secretions from the breast may also occur in women of any age. Young women may experience nipple discharge without any cause for concern but persistent discharge in older women may be a sign of an underlying condition.

Secretions from the breast usually occur from the nipple and nipple discharge should be differentiated from fluids secreted through a breast fistula. A breast or mammary duct fistula is an abnormal passage that forms between a mammary duct in the breast to the surface of the skin, usually near the areola. While a mammary fistula is not very common, it may occur after a prolonged infection and the presence of a fistula should not be considered as nipple discharge. A breast fistula requires further investigation and appropriate treatment.

There are different types of nipple discharge and the type of breast secretion may be an indication of the cause of the discharge.

Evaluating the type of nipple discharge is not usually sufficient to make a conclusive diagnosis. The presence of other signs and symptoms as well as thorough diagnostic investigation by a medical practitioner should determine the underlying cause of the breast discharge.

Nipple discharge may occur on its own with no other sign or symptoms or may be accompanied by other symptoms which is indicative of certain conditions.

In most cases, breast discharge is not a cause for concern but any persistent discharge associated with other changes requires investigation. Any nipple discharge in males needs to be investigated as it is usually an indication of more serious pathology.

Galactorrhea is breast milk production in women who are not pregnant or nursing and is often due to elevated prolactin levels (hyperprolactinemia). Hyperprolactinemia may occur as a result of many conditions including : 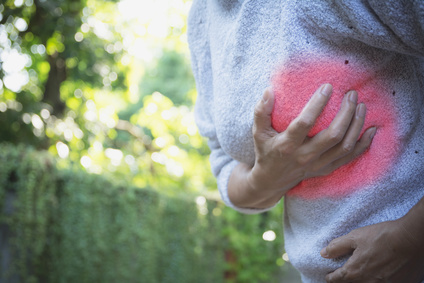 Breast abscess or breast infection due to bacterial, viral or fungal causes is usually accompanied by breast pain, tenderness, redness of the skin with a white to yellow discharge. A painful breast lump may be felt in the case of an abscess. Infections of the breast are usually one sided and may also cause breast swelling.

Breast cancer, usually intraductal carcinoma, may cause a bloody breast discharge. A breast lump is usually present and swollen lymph nodes (lymphadenopathy) may be noticed.

Hormonal disorders affecting the female sex hormones which may occur in perimenopause, premature ovarian failure and polycystic ovarian syndrome. Changes in the menstrual cycle are usually evident, with irregular menses, sudden cessation of periods or changes in menstrual flow. Infertility may also accompany these hormonal disorders.

Gynecomastia is the enlargement of the male breast which may be normal during puberty. Persistent breast enlargement with tenderness and/or nipple discharge should be investigated although breast secretions in gynecomastia is not common.

After physical examination and a case history, your medical doctor may consider a mammogram, fine needle aspiration and cytology. If the prolactin levels are elevated, further blood tests may be conducted to evaluate the functioning of the thyroid gland, particularly by testing the thyroid stimulating hormone (TSH).

If you are using any hormone replacement therapy or related drugs for menopause, as contraception or for infertility, your medical doctor may discontinue or change the drugs if the breast discharge is severe and accompanied by other symptoms like breast swelling, tenderness or pain.