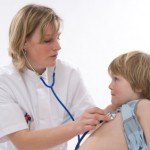 Stridor and wheezing are two terms for different breathing sounds that are often used synonymously although there is a difference. Wheezing refers to the high-pitched or whistling sound, which is most prominent when breathing out (expiration). A wheeze is usually heard clearly upon auscultation (use of a stethoscope) although at times it may be audible, especially to the patient, without any need for a stethoscope. A stridor is also high pitched but ‘rough’ sound sometimes described as crowing. It  easily audible without the use of a stethoscope (auscultation) and while it is present when breathing in (inspiration) or out (expiration), it is usually more prominent on inspiration.

Anatomy of the Respiratory System 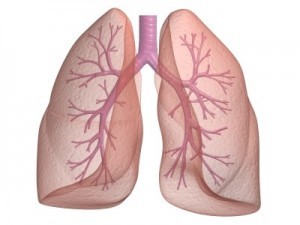 The respiratory system is made up of the organs that allow ventilation, which is the entrance and exit of gas or air passages, and the lungs, which is responsible for gas exchange between the air and the blood. Starting from the nose, air travels through the nasal cavity, into the pharyng, larynx and trachea (air or wind pipe). Here the air will diverge into the two bronchi, each of which divide multiple times to form bronchioles that empties air into the air sacs (alveoli) of the lungs. The tracheobronchial tree is a series of ‘tubes’ that lead to the lungs. These tubes are thin walled, lined with membranes that secrete mucus, and contain smooth muscle in the wall. Under certain conditions, the membranes may produce more mucus, the smooth muscle may contract or the wall of the tubes may become inflamed resulting in swelling. All these mechanisms will cause constriction (narrowing) of the tubes to varying degrees thereby affecting the flow of air. However any mass within the airways, whether a foreign body, abscess or tumor will also affect the passage of the air. The disrupted airflow is often the reason for abnormal breathing sounds like a wheeze or stridor, similar to the changes in the flow of air through a flute.

Wheezing is a result of irregular narrowing of the lower airways, often seen in asthma, while a stridor is a mechanical (physical abnormalities) or functional (impaired functioning) of the air passages, including the throat.A stridor is more often seen in respiratory infections, disorders of the vocal cords, tumors or allergic reactions. Irrespective of the type of sound, any abnormal chest sounds heard upon breathing should be investigated by a medical doctor to verify the extent to which the air flow is affected. Subsequently the cause of the wheeze or stridor has to be identified and treated accordingly.

It is difficult to always ascertain whether a sound is a stridor or a wheeze, and a stridor is often described as a wheeze by most people. There are a number of causes of wheezing and a stridor and some of the causes may overlap. It is therefore important to take note of other signs and symptoms or the results of clinical tests and diagnostic techniques to make a final diagnosis.

Causes of Wheezing and Stridor

There are various causes of wheezing and stridor, all of which affect the flow of air through the respiratory passages to some degree. Some of these causes include the following conditions.