Chest pain after eating or while eating is not an uncommon symptom. It may be as a result of swallowing larger than normal-sized bites, excessively hot food or drinks or due to acute acid reflux that occurs occasionally. In most of these cases, the pain is short-lived, does not increase in intensity and other signs or symptoms do not arise.

However, recurrent chest pain after meals or when eating should be investigated, especially if it is associated with one or more of the following features :

Most of these situations should prompt the need for medical attention. Although gastrointestinal conditions are the more common causes of chest pain after eating, high risk patients should be aware of the difference between cardiac and non-cardiac chest pain.

Causes of Chest Pain After Eating or With Meals

Most of the causes of chest pain after eating is related to the esophagus. This is the long tube that runs from the throat down to the stomach in the abdominal cavity. It runs close to the heart and it is not uncommon for esophageal pain to be mistaken for cardiac pain and vice versa.  Therefore chest pain from any cause, irrespective of whether it occurs after meals or not, should be investigated by a medical professional. 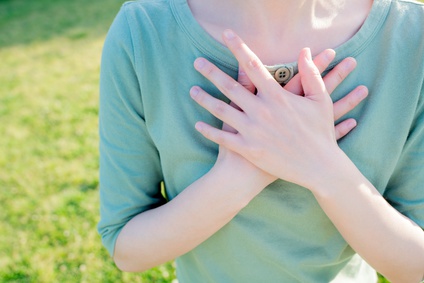 There are several possible causes of chest pain after meals but acid reflux is by far the most common. This is where stomach acid flows into the esophagus. However, conditions of some other digestive organs like the stomach or gallbladder can also be responsible.

Acid reflux causes a burning chest pain (heartburn) with other symptoms like mild nausea, regurgitation (not vomiting), water brash occasionally and stomach bloating. Chronic cases of acid reflux, which is also known as gastroesophageal reflux disease (GERD), and can lead to a number of complications if left untreated.

In acute cases, acid reflux may result in chest pain after eating large meals, lying flat or exercising after eating, and drinking alcohol. In chronic GERD, the pain may be constant, aggravated by the factors just mentioned and often worse at night when sleeping.

Distension of the stomach after a meal may cause pressure on surrounding structures leading to :

In patients with cardiovascular conditions or those at risk of cardiac conditions, pain after eating could be related to angina pectoris. A burning chest pain, or tight, crushing or stabbing pain may be reported. Other symptoms may include shortness of breath, dizziness and nausea. 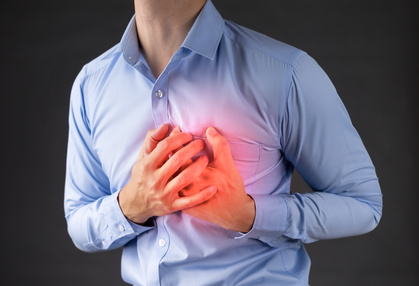