How Can the Blood Appear in the Mouth?

Blood in the mouth can originate from the mouth, throat and any part of the airway (nose, paranasal sinuses, voice box, windpipe, bronchi), lungs or upper gut (esophagus or stomach). The presence of blood in the mouth is not always a cause for concern. However, coughing up blood is a serious symptom and medical attention is necessary if it is frequent or persistent and occuring  without any identifiable cause (for example a blow to the mouth).

There are several medial terms that describe the presence of blood in the saliva, vomitus or sptum.

Hemoptysis or haemoptysis (UK) is the term for coughing up blood. This may vary from blood-streaked sputum to expectoration of bright red blood with no mucus discharge. The term hemoptysis is not defined by the amount of blood that is expectorated but rather by the presence of bleeding that usually originates from the airways or lungs. In some cases, blood in the mouth may be the only evident symptom apart from occasional coughing. 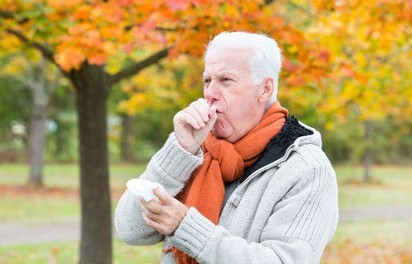 With certain causes like pneumococcal pneumonia, a rust colored sputum may be the only indication of hemoptysis. Read more on sputum color and types of sputum. It is not uncommon for bleeding from the mouth, nasal cavity or gastrointestinal tract to be mistaken for hemoptysis. However, it is important to note that bleeding gums, a nose bleed and blood in the vomit are not the same as coughing up blood (hemoptysis).

Hemoptysis originates fom the airways and lungs. The lining of the airways and lungs is very thin and any injury can cause bleeding. With most acute conditions, this may be microscopic or even absent but in chronic respiratory diseases and those conditions that results in extensive damage, hemoptysis may present as coughing up blood streaked mucus or even overt hemorrhage (frank hemoptysis).

Hemoptysis is an indication of pathology in the respiratory tract. It is often associated with cancer and tuberculosis but there are various other causes that may also be responsible. The presence of other signs and symptoms provides a better indication of the possible cause. It is also important to note the duration and frequency as both acute and chronic conditions may lead to hemoptysis. Some of the other symptoms that may be seen with certain causes of hemoptysis includes :

Lung cancer with or without spread to the bronchi may cause hemoptysis. Benign tumors like a bronchial adenoma may also be responsible.

Acute respiratory tract infections may lead to blood-streaked mucus although frank hemoptysis  only tends to occur with chronic infections like tuberculosis, actinomycosis and suppurative pneumonia. Hempotysis may also occur with a lung abscess. Fungal infections like pulmonary aspergilloma (mycetoma) and parasites like flukes.

Any chest trauma that leads to hemoptysis needs to be investigated immediately. Foreign bodies may include inhaled objects that usually lodges in the airways and is more frequently seen in children. Iatrogenic causes include trauma following diagnostic procedures like a bronchoscopic biopsy.

Blood-related disorders that may cause hemoptysis includes :

The use of anticoagulants may also be responsible for hemoptysis particularly if a respiratory tract condition arises, which on its own may not be associated with hemoptysis.

Finding the Cause of Coughing Up Blood from Symptoms

A person, spitting up blood, may suspect its origin from accompanying symptoms:

Not Every Red Spittle Contains Blood

Apart from the blood, the following may stain spit red:

Bleeding from the Mouth and Throat

Bleeding from the mouth may be due to: 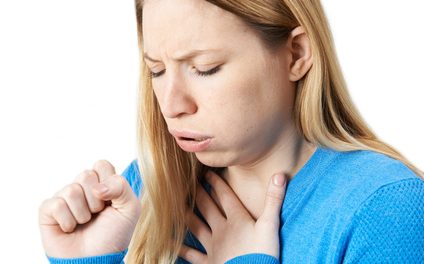 Disorders that can cause bleeding in the mouth, nose, throat or heavy menstrual bleeding at the same time:

Bleeding from the Nose and Sinuses

The blood on its own or blood mixed with mucus arising from the nose or sinuses may leak into the throat as a postnasal drip and therefore appear in the mouth. Causes of nasal bleeding include:

Bleeding from the Trachea and Bronchi

Causes of bleeding from windpipe (trachea) or bronchi:

Bleeding from the Lungs

Lung conditions that result in coughing up phlegm can also hemoptysis, either as overt blood or mucus streaked with blood.