Hearing loss may be partial or complete (deafness). Conditions affecting the outer ear and middle ear may affect the conduction of sound and is therefore known as conductive hearing loss. Another type of impairment is sensorineural hearing loss, which affects the conversion of mechanical sounds waves into electrical impulses which is then transmitted to the brain. This occurs in the inner ear.

In people of all ages, noise-induced hearing loss and earwax are the main causes of hearing loss, which is usually partial. In the elderly, age results in degenerative changes that may lead to hearing loss which is known as presbycusis (or presbyacusis). 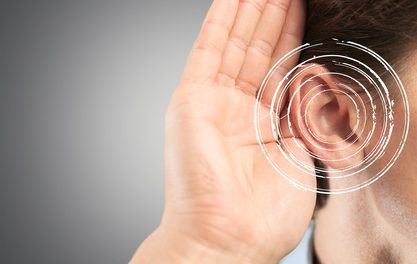 The causes of hearing loss can be divided according to the affected component of auditory perception. As mentioned above, it may be either conductive or sensorineural. If both are involved, then it is referred to as mixed hearing loss.

Hearing Loss in One Ear

Sudden sensorineural hearing loss may vary from mild to severe (deafness) and usually affects only one side (unilateral). This type of hearing loss occurs over a short period, within a few hours or sometimes almost instantaneously. In most cases of sudden loss of hearing, the condition may spontaneously resolve with a partial or complete return of the hearing. In cases where the hearing loss resolves, it usually occurs within 10 to 14 days. 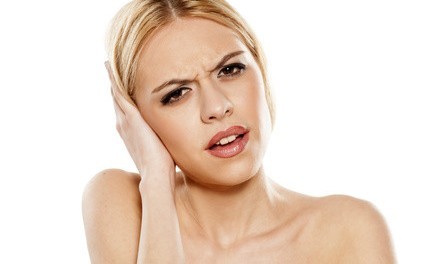 Causes of sudden hearing loss (SHL) are similar to the causes of tinnitus and should be investigated thoroughly. SHL can affect both adults and children.

Sudden hearing loss (SHL) is suspected to be caused by severe trauma to the ear, head or a cardiovascular accident (CVA or stroke) due to the rapid onset and one sided nature of the loss. However, most cases of sudden hearing loss occurs as a result of infections, especially viral infections.

Other conditions known for causing sudden hearing loss include neoplasms, lupus, Cogan’s syndrome, multiple sclerosis, Buerger’s disease and ototoxic drugs. A perilymph fistula (an abnormally formed passage that develops due to pathological causes) may develop between the middle and inner ear and cause sudden hearing loss. Perilymph fistulas may occur as a result of sudden, severe pressure changes and certain strenuous activities like weight lifting.

Apart from the partial or complete loss of hearing or impaired hearing, other signs and symptoms may occur in conjunction with the condition, giving a possible indication of the cause.

Treatment should be directed at the cause if identified. In cases of viral induced inflammation or SHL of unknown causes, oral corticosteroids is among the most effective treatment. Local hydrocortisone applications within the ear may also assist with relieving the hearing loss. Anti-virals may be considered in prolonged viral infections suspected as a possible cause of SHL.