Marijuana is the most common illicit drug used globally because it is easily available in both developing and developed nations and still remains the cheapest drug on the market. There is a common misconception that regular marijuana use will not lead to addiction, especially since medical marijuana is becoming legalized in many countries.

However, marijuana can be dangerous and as addictive as other drugs. Regular marijuana users should be aware that this drug is often seen as a ‘gateway drug’ that may lead to experimentation. Medical marijuana on the other hand has lower levels of these addictive ingredients. This article focuses on illicit marijuana. 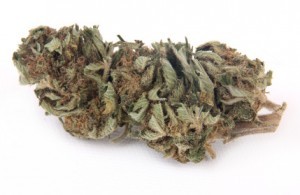 Marijuana is the dried and shredded leaves, stems, seeds and flowers of the hemp plant, Cannabis sativa. It may look similar to tobacco but has more of a brownish-green to green-grey tinge and a distinctive pungent odor. Sinsemilla, hashish (or hash) and hash oil are other more potent forms of marijuana that are also commonly used.

The main active ingredient in marijuana is delta-9-tetrahydrocannabinol or THC. It is not the only chemical present in marijuana but it is the concentration of THC that determines the potency of marijuana. Most of the effects associated with marijuana use can be attributed to THC. This includes the intoxicating effects as well as the other physical and psychological effects which are not thought as part of the marijuana ‘high’.

A marijuana drug test detects the presence of THC or THC metabolites in the urine, blood, saliva, sweat and hair.

How is Marijuana Used?

Marijuana is used in different ways but most commonly it is smoked by rolling it into a loose cigarette (‘joint’ or ‘nail’) or smoked in a pipe or water pipe (‘bong’). Often the tobacco in a cigar is replaced with marijuana to form a “blunt”. Here the dangerous effects of marijuana are combined with the harmful effects of nicotine from the tobacco leaf wrapper of the cigar.

Sometime other drugs such as cocaine or phencyclidine (PCP) are mixed with the marijuana in the cigarette or blunt and can produce a combination of effects. A few drops of hash oil may be put at the end of a cigarette and smoked. Marijuana may be brewed and sipped like a tea. It may also be mixed with food or baked to form a marijuana cookie or brownie, which is also known as a ‘space cake’.

Other Names for Marijuana

Marijuana goes by many names in different parts of the world, with a variety of colloquial terms and street names. There may well be over 200 of such names but the common ones are :

Signs and Symptoms of Marijuana Use

There is much concern regarding the high concentration of THC in the newer breeds of marijuana, where the possibility of severe overdose is present. Overdose deaths with marijuana have not been reported. The few cases of deaths suspected to be due to marijuana overdose may actually have been caused by other substances used along with marijuana.

Overdose or toxicity symptoms are rare with marijuana because a relatively high dose of it is necessary to produce such symptoms. It is more likely to occur when marijuana is ingested with food, where its rate of absorption can vary, often with delayed onset of action. This may prompt further amounts to be ingested resulting in a high dose of the drug in the body.

Rapid heart rate, severe paranoia, breathing difficulty, slurred speech, insomnia, delirium, panic attacks, restlessness, hallucinations and disorientation could be the symptoms of overdose. Children have been known to show symptoms of marijuana poisoning when they have inadvertently ingested a marijuana cigarette. There is no specific antidote for marijuana overdose, so general measures are undertaken as for any drug overdose.

Marijuana is an illegal drug in the United States with a high potential for abuse. It   impairs and may distort sensory perception and induces a feeling of well-being and relaxation. Some users report a heightened state when using marijuana but this is a false perception and marijuana can affect the sense and reflexes similar to alcohol. Marijuana also  significantly impairs cognitive functions despite users believing that they are thinking more ‘clearly’.

A marijuana user will go out of their way to obtain the drug and may allow their drug usage to affect their work, academic, family and social life. This ultimately shows the behavior of an addict. Marijuana abuse (frequent or excessive use of marijuana) may result in tolerance, where larger amounts or more frequent administration is needed to produce the same effects. This may lead to experimentation with other narcotic drugs in order to achieve a similar state of euphoria.

Effets of Marijuana on the Body

Marijuana smoke is inhaled deeply into the lungs, from where it quickly absorbs into the bloodstream and is carried to the brain and other organs where it gets absorbed by the fatty tissues.

On reaching the brain, THC acts on specific receptors called cannabinoid receptors, which are seen to be abundantly present in those regions of the brain which control pleasure, memory, concentration, coordinated movement, and sensory perception. The effects of marijuana smoking can start within a few minutes and may reach a maximum effect within 15 to 30 minutes.

Marijuana use and abuse can produce various effects on different organs.

Effect on the Brain

Effect on Other Organs