Pain in the rectum often feels like a deep-seated pain in the buttocks. While most of us are accustomed to occasional buttock pain, rectal pain tends to make us uneasy and rightfully so. While many of the causes of rectal pain are not due to serious conditions and can be easily treated or even resolve without treatment, some conditions that cause pain in the rectum can be very serious, and even life-threatening. Sometimes the pain is the only symptom while at other times it may be accompanied by changes in bowel movement, bleeding and fecal incontinence. 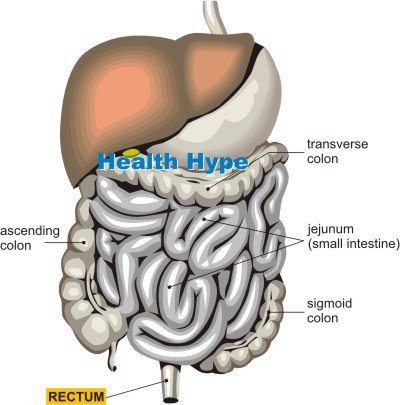 Pain in the rectum is a symptom and not a disease on its own. It can be associated with several conditions as discussed above and other symptoms may also be present. This includes:

Although most of these symptoms may indicate a problem in the rectum itself, it can also occur with diseases that do not involve the colon, rectum or anus in any way. It is therefore important to have rectal pain assessed by a medical professional.

The are many different possible causes of rectal pain but the most common and the most serious are covered here in detail in no specific order.

The sacrum is the last part of the spine (vertebral column) made up of fused bones that ends with the coccyx. In adults the coccyx (tailbone) may also be fused. A fracture of the sacrum or coccyx will cause deep seated pain and can also make passing stool difficult and painful. Falls are usually one of the more common causes of a sacral/coccygeal fracture.

Both diarrhea and constipation can lead to rectal pain either due to an infection, inflammatory disease or injury to the rectum. The hard stools with constipation can injure the rectum especially with straining. Fecal impaction may also cause rectal injury when it occurs in severe constipation.

Surgery to the lower bowel and perineal area may also cause pain in the rectum or pain that is suspected of arising in the rectum. This includes procedures such as a colectomy, prostatectomy, hysterectomy and so on. A post-operative infection of the perineum can also cause pain and it is therefore to have rectal pain assessed if it arises or is worsening after surgery.

Foreign Body in the Rectum

Although a foreign body in the rectum is not among the more common causes, it is not entirely uncommon as well. It is relatively frequently seen in the emergency room (ER). Often it is associated with sexual habits in adult males and females. It may also be seen in children and psychiatric patients. Sometimes the insertion of an object was intended for medicinal purposes but unlike medical suppositories the object does not dissolve and instead causes an obstruction in the rectum or leads to inflammation.

Pelvic inflammatory disease (PID) is a condition where there is inflammation of the female reproductive organs such as the ovaries, fallopian tubes and/or uterus. It often causes pelvic pain in women that seems to be arising from the rectum. Since PID is often due to an infection, it is possible that the infection can spread to the rectum due to the close proximity of these organs.

Cancer of the rectum or anus can also be a cause of rectal pain. Rectal cancer often occurs with colon cancer and is therefore collectively referred to as colorectal cancer. It arises with abnormal cell division in the region leading to a malignant tumor. A strong family history is one of the major risk factors. Sometimes the cancer originates elsewhere and spread to the rectum like with malignant spread of prostate cancer.

There are a host of other causes of rectal pain including: