What is Skin Grit or Grime?

The words ‘grit’ or ‘grime’ are refer to loose particles or a buildup of matter that is generally considered to be unhygienic. The skin being like any surface can collect dust and dirt from the environment and along with skin oils and dead skin cells this can form what can be crudely referred to a grit or grime.  If it is a thick buildup it can change the texture of the skin and sometimes even the color to a slight degree. More importantly though is that this grime can serve as a food source for bacteria on the skin surface which can then contribute to an offensive body odor.

The air is laden with small particles floating in it. From microbes to sand and other types of particles that we commonly refer to collectively as dust, air that looks ‘clean’ is not free of these particles. Even filtering air through ventilation units does not entirely removed all of these particles. The human eye is not capable of seeing the majority of particle in the air. Smog, a lot of dust and smoke may be visible but there are many more airborne particles that are missed altogether.

However, many people do not realize that the human body also produces substances and releases particles on a constant basis. It is mostly microscopic but being shed into the environment all the time. Dead skin cells on the skin surface is constantly lost. It is estimated that as many as 40,000 dead skin cells are lost daily. Skin oils are also constantly secreted to some degree in order to ensure that the skin remains soft and supple. Perspiration as well is not always seen unless it is profuse like during hot weather or physical exertion.

Collectively this external particles as well as the dead skin cell, oils and sweat can combine to form grime. It is often not visible but when it builds up it can have a host of effects on the skin. In addition other substances can contribute to the skin grime. Moisturizers in the form of creams and lotions are a major contributor. Many people do not realize that these moisturizers are not absorbed by the skin to a large degree but are just spread over the skin surface where it can mix with dust, microbes, dead skin cells, skin oils and perspiration. Cosmetics are another major contributor especially of skin grime on the face. 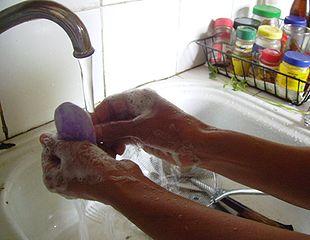 Skin grime is not considered to be a medical condition. However, it may have both aesthetic and hygiene implications. Like any coating, grime can affect the normal texture and appearance of the skin. In small quantities this may not be a problem but as it builds up it can alter both the texture and color of the skin. The skin may feel rough or grimy and may be duller in appearance. If there is a significant buildup in one area of the skin then it can be clearly distinguished a patches or streaks of ‘dirt’. The grime can also cause itching of the skin as it acts as an irritant if it is not removed.

There are several reasons for body odor but the bacteria that naturally live on the skin surface probably plays one of the most important roles. These bacteria can produce byproducts which may have an offensive odor. It is one of the main reasons for a bad body odor. It is further impacted by the composition of the skin grime. For example. sweat has a host of different substances including urea, a nitrogenous compound. which is a one of the components of urine. A high level of urea can directly contribute to offensive body odor.

There is a misconception that soap does not clean. This is untrue. Not all soaps will destroy the bacteria on the skin but it still cleans the skin by helping with the removal of the grime. Soap helps with breaking down the grimes stickiness to allow it to be easily rinsed off the skin. Foam can also help dissolve some of the components of the grime to then be washed off. An antibacterial soap needs to be used to remove a large amount of the bacteria on the skin. However, no soap will destroy every single bacterium on the skin surface.

Gentle rubbing will often suffice to remove all the skin grime that can be manually removed. However, scrubbing will also remove some of the remaining dead cells that will slough off in the days to come and may contribute to future grime. Scrubbing with a loofah should not be done daily or upon consecutive baths. Sometimes rubbing soap vigorously with the hand or a soft implement like a face towel may be sufficient to remove the surface grime. 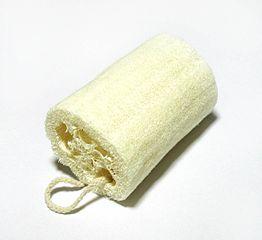 Ensure that the body is thoroughly rinse so that loosened surface grime washes off. In addition, soap must be thoroughly remove by repeated rinsing. If soap remains on the skin then it can contribute to future skin grime. Rinsing with running water should be done at the outset even before lathering with a soap. It must then be repeated before ending the bath. It is also important that rinsing is carried out after soaking in a bath tub of water since there is no running water while in a tub and skin grime and soap may stick on the skin after a soak.

Drying after bathing has to be done properly to remove remaining surface grime. Furthermore the water on the skin can further contribute to the formation of skin grime. A dry and clean towel should be used to wipe the body thoroughly. In addition moving air like from an electric fan can help with drying particularly in the skin folds where a towel may not always dry completely. While moisturizing the skin after bathing is a common practice it is important to realize that the moisturizer can further contribute to skin grime.