Food that enters the stomach from the esophagus goes through both mechanical and chemical digestion. The strong stomach wall muscles crushes the food while the corrosive gastric acid and digestive enzymes breakdown the food further. Eventually small amounts of gastric chyme (broken down food mixed with gastric juices) empty out of the stomach into the duodenum. If this emptying happens too fast then it can lead to a host of problems.

What is dumping syndrome?

Since foods enters the small intestine too quickly and without being adequately digested, most of the symptoms of dumping syndrome are noticed shortly after eating and can last for several hours. Dumping syndrome is mainly seen in people who had surgery to remove either part of or the entire stomach, or in gastric bypass surgery for weight loss. It can be managed with dietary changes although medication and surgery may be needed for severe cases. 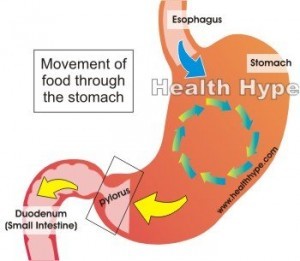 Essentially the stomach acts as reservoir for food and fluid, slowly releasing it into the small intestine over time. However, with surgery this is affected in several ways. The surgery may affect the body of the stomach known as the fundus thereby reducing its capacity or there may be impairment of the pylorus thereby affecting the regulated outflow of stomach contents. The sudden influx of food into the small intestine can lead to host of adverse effects.

The reasons for stomach surgery may vary like for weight loss (bariatric surgery) or cancer. The procedures where dumping syndrome may later occur includes:

The symptoms of dumping syndrome can be separated into early and late form. In the early form, symptoms usually appear within 10 to 30 minutes after eating although some symptoms may become apparent almost an hour after the meal. In the late form, symptoms appear between 1 to 3 hours after eating. While both forms can affect a person, some people may only have one form like late dumping syndrome and not the other.

The body’s response to the sudden inflow of food into the small intestine gives rise to digestive and cardiovascular symptoms. The latter occurs due to hormonal responses as well as the sudden flow of blood to the intestines.. These symptoms may include:

The symptoms of late dumping syndrome arise from the body’s hormonal response to the sudden entry of large amounts of food in the small intestine and rapid absorption of nutrients. A surge in insulin causes reactive hypoglycemia. These symptoms include:

Severe dumping syndrome can lead to a host of complications.

A few simple dietary changes can be useful in managing dumping syndrome without any medical intervention. These dietary habits need to be continued lifelong.

It is always advisable to consult with a registered dietitian for an individualized eating plan. 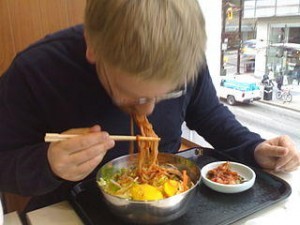 Medical and surgical treatment is only considered when the symptoms of dumping syndrome are severe and not responding to dietary management. Apart from drugs and surgery helping with the management of symptoms, treatment may also assist in delaying or preventing complications in severe cases.

Drugs that may be used includes:

Surgery is only considered when diet and medication fail to yield satisfactory results. It may involve a number of different procedures such as reconstructive surgery of the pylorus. A gastric bypass may be reversed in patients with severe dumping syndrome.