It may seem like an amusing occurrence but watery flatus is not a laughing matter. Not only may be it embarrassing since it is often audible to those around you but it can even lead to mishaps where you may soil your underwear. Watery flatus, or wet farts as it is commonly referred to, usually indicates large amount of water at the end of the large intestine. Normally the stool here should be solid. It is more likely to occur when a person is suffering with diarrhea and may signal the need to pass stool very shortly.

What is watery flatus?

As the term suggests, watery flatus is where a person expels with a watery sound. The sound is typically like shaken liquid or bubbling in nature. Sometimes there may be small amounts of watery stool passed out with a wet fart but this would be indicative of fecal incontinence. Flatulence itself is not considered abnormal, even the odd watery flatus (wet fart) sound provided there is no stool passed out.

However, excessive flatulence is often a symptom associated with various digestive disorders and gastrointestinal diseases. Watery flatus is a symptom and not a disease on its own. It is often associated with diarrhea, abdominal cramps and nausea as it tends to occur in many diarrheal illnesses. The treatment largely depends on the underlying cause and symptomatic treatment is of minimal benefit in the short term. 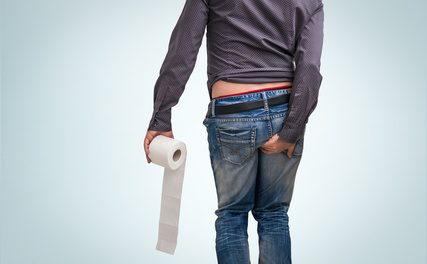 In most instances it is acute and will often resolve spontaneously with conservative measures. However, when wet farts are persistent, particularly if accompanied by diarrhea and fecal incontinence, then it needs to be medically assessed and treated.

The sound of flatus depends on a number of factors. The Merck Manual (1) describes four types of flatus sounds – the slider, the bark, the staccato or drumbeat and the open sphincter. Watery flatus, commonly referred to as ‘wet farts’ may in fact be one of these sounds with the added feature of the gas possibly bubbling in the liquid within the bowels.

Flatus is gas composed of swallowed air, gaseous byproducts of chemical digestion, fermentation and the gas released by colonic bacteria. A small amount of the gas may also diffuse from the bloodstream into the lumen of the bowels. Given the source of these gases, it is not surprising that flatus often has an offensive odor.

The expulsion of flatus through the anus is what largely contributes to the sound. Normally the gas collects in the rectum where solid stool may be present and once the rectum is sufficiently distended, muscle contractions can squeeze the gas out of the anus.

However, when the lower part of the colon and rectum are filled with watery stool then this may give rise to the bubbling sound typically referred to as ‘wet farts’. This type of watery flatus may be a part of gastrointestinal disturbances and may therefore be accompanied by watery diarrhea. 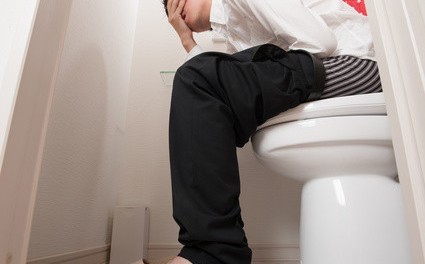 Colonic bacteria break down residual nutrients and contribute to the absorption of some of these nutrients. The strong rhythmic contractions of the large intestine help to push the stool along until it becomes the mass that we see expelled when we defecate.

However, when there are conditions that irritate the bowels, increase water secretion into the bowels from the body, hamper water reabsorption back into the body or cause food and fluids to move to rapidly through the bowels then there may be a large quantity of water that remains in the latter parts of the colon.

Usually this presents with loose watery stool and there may be more than three bowel movements in a day which is considered to be diarrhea. In addition the disturbance of colonic bacteria further contributes to gas formation in the bowels. All of these occurrences culminate in the watery flatus that is often associated with diarrheal illnesses.

The gas that builds up in the colon (flatus) is expelled with force that can easily shake up the fluid in the bowels. If the stool is very watery there is also the possibility that it may pass out with the flatulence leading to soiled underwear. However, there are instances where what sounds like watery flatus (a ‘wet fart’) is one of the other sounds mentioned  above.

One of the most common causes of diarrhea is an infection within the gastrointestinal tract. Most of us experience gastroenteritis once or twice every few years. This is often viral in nature and we tend to refer to it as the stomach flu. Sometimes bacteria or protozoa can also cause gastroenteritis. When the pathogen (virus, bacteria or protozoa) or its toxins are ingested in food or water then we refer to it as food poisoning.

Some foods can cause a change in bowel habit even without there being any underlying problem of the digestive system, for example drinking large amounts of prune juice. At other times eating certain foods may lead to diarrhea since the food cannot be digested (such as lactose intolerance), absorbed (such as sorbitol malabsorption) or triggers an allergic reaction in the bowels (example celiac disease). 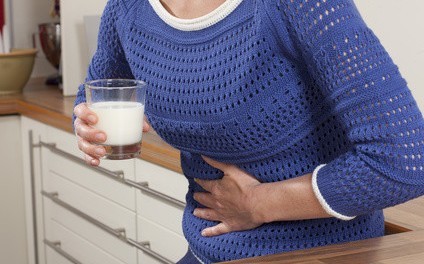 There are a number of diseases where the bowels may become ‘irritated’ despite the lack of an infection. Inflammatory bowel disease and irritable bowel syndrome are two such non-infectious intestinal conditions where there is diarrhea. In IBD (inflammatory bowel disease) there is widespread inflammation of the bowels often due to autoimmune factors. With IBS (irritable bowel syndrome) the bowel activity may be faster than normal leading to diarrhea.

These are only some of the causes but account for the majority of cases of diarrhea.

The treatment is largely dependent on the underlying cause of watery flatus and associated symptoms such as diarrhea. It is usually short-lived and does not require medical intervention. However, there are times where medication may be necessary and there is no specific treatment that can benefit all cases of watery flatus. Some of the medication and therapeutic measures that may be utilized include: