A queasy stomach is one way of describing a host of gastrointestinal symptoms from nausea, indigestion and bloating to cramps, flatulence and sometimes even diarrhoea. As a non-medical term, a queasy stomach may mean different things to different people but the underlying intention is to describe that “all is not well” with the digestive tract. It is difficult to isolate these sensations specifically to the stomach and may include the bowels or esophagus as well. Often it is related to food – either starting after eating or when a person is hungry.

Most people have heard of the BRAT diet for diarrhea but these foods are also helpful for a queasy stomach. In fact newer guidelines do not recommend a BRAT diet for more than one or two meals if you only have diarrhea without vomiting. Instead you should eat a bland meal containing starches, meat or other proteins and vegetables if you have diarrhea. The BRAT diet may be helpful in cases of gastroenteritis, once vomiting subsides. It is a gradual approach to introducing solid foods – starting with mashed bananas, moving onto rice, then apples and finally toast. Alternatively a person can attempt any food they please provided that they can ‘stomach’ it.

Bananas, one of the foods in the BRAT diet, are a good source of nutrients and high in electrolytes like potassium. It is a bland and well tolerated fruit without an overpowering taste. Many people do find it “heavy” but it can be soothing when other foods are not an option, like during diarrhea. Bananas are soft fruit but to reduce mechanical digestion by churning of the stomach, it should be mashed up. It is easily digested and provides sufficient nutrition for a few hours until the queasiness settles down. 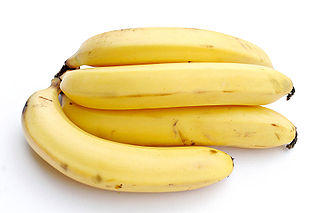 Rice is another food in the BRAT diet that is well tolerated and provides at least some nutrition until a normal diet can be resumed. Eaten plain without any other food or condiment, rice can be soothing for the empty stomach. Brown rice has more fiber but may not be appealing to every person’s taste. Rice also provides bulk to reduce the hunger pangs and prevent stomach acid from irritating the stomach wall when empty. Small amounts of rice should be consumed at a time to prevent bloating and worsening of the queasy sensation.

The third food from the BRAT diet, apples are often considered to be somewhat of a “neutral” fruit and clear apple juice is added to many fruit juices for its sweetness and milder taste. It is also one of the more well tolerated foods and is high in the fiber pectin. As a rich source of fructose, it provides sufficient nutrition for short periods when full meals are to be avoided. However, apples are not sufficient nutrition for a prolonged duration. Grated apples or applesauces may be easier to digest as it is quite a “hardy” fruit that may normally require more digestion.

White or brown bread toast without any butter or other condiments is another food from the BRAT diet. It is bland but a bit tougher and should only be tried if the other three foods of the BRAT diet can be tolerated. Wholewheat or seeded bread should be avoided at the outset as it may be harder to digest and add to the queasy feeling. Although most people will be tempted to add butter or margarine to their toast, the dairy can be an irritant especially after diarrhea and should be avoided. 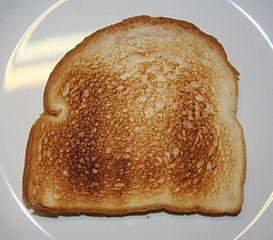 Broth is another good choice for when you need to eat but have a queasy feeling. It will contain all the nutrients of the ingredients you used, like meat, vegetables and the possible soothing effects of certain spices. However, clear broth is preferable meaning that the solid particles should be strained and just the remaining fluid consumed . Broth also has large amounts of water which is helpful when rehydration is necessary like after vomiting or diarrhea. Avoid very spicy broth or ingredients with a strong odor.

Unsweetened plain yogurt is usually well tolerated by most people and can have a soothing effect. The dairy can help ease symptoms associated with acid reflux and other stomach acid related problems. However, yogurt may be a problem for people with lactose intolerance. Although probiotics can be helpful for diarrhea, live culture yogurt may not always be the best option. Sometimes secondary lactose intolerance develops after diarrhea and yogurt can irritate the bowels. This type of lactose intolerance is usually short lived when it does occur. 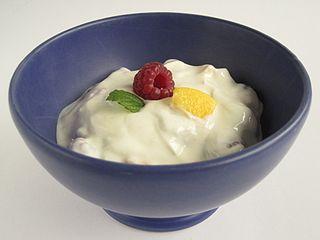 Water is not usually considered as a food but is still worth mentioning for a queasy stomach. Plain still water may suffice but carbonated water has some distinct advantages. The fizz may help you to belch and ease the indigestion. Furthermore the carbon dioxide bubbles can help speed up gastric emptying and ease any bloating attributed to overeating and indigestion. Water can also ‘wash’ down any stomach acid that may have entered the esophagus. In fact water should be one of the first considerations before trying soothing foods.

If you are feeling queasy but know that you need to get some proper nutrition and your stomach feels empty, then try to stick to a bland meal of chicken and vegetables. To avoid using oil or fat, try to steam both the chicken and vegetables with a little salt as the only condiment. This is as about as bland as you can get while ensuring a good balance of protein and carbohydrates with many of the micronutrients (vitamins, minerals and electrolytes) that your body needs. Stick to skinless chicken breasts which is leaner than other parts of the chicken.

A smoothie may not be every person’s preference as a soothing food but it can incorporate a little of many of the foods mentioned above. Since it is broken down mechanically before consuming, it is easier on the digestive system while delivering most of the nutrients you need. The choice of ingredients for a smoothie can vary from one person to another but try to avoid citrus fruit, tomatoes and any other acidic foods if possible. Drinking a smoothie at one go may make it easier to tolerate but can worsen your symptoms. Rather take several gulps or sips if you can manage it. 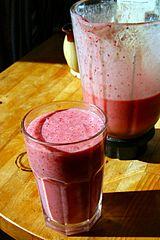 Salty crackers that are chewed slowly in small bites is one of the best foods for alleviating symptoms like nausea. It is often suggested in pregnancy when women suffer with morning sickness. Try to stick to salty crackers without any flavoring as these additives can sometimes be an irritant and worsen the queasiness. Salty crackers may suffice for a few hours at most but it is not sufficient nutrition to sustain you throughout the day. If the queasiness does not ease, you need to select more nutritious soothing foods or see a doctor to treat the underlying problem.