Abdominal pain is one of the most common symptoms in a person of any age but is a more common complaint in the childhood. It is often non-specific meaning that it does not clearly indicate a possible cause and in the absence of other symptoms, abdominal pain can be difficult to diagnose without further investigations. Often abdominal pain is used as an excuse by children to feign illness and avoid a situation that may be undesirable. It is therefore not given the proper attention when there are no other symptoms to verify an existing problem. However, there is a condition known as abdominal migraines that seems to be under diagnosed in children. With abdominal migraines, there may be episodes of intense abdominal pain with or without other symptoms that are largely related to the digestive tract.

What are abdominal migraines? 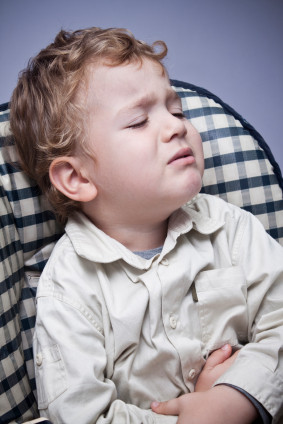 The cause of abdominal migraine is unknown. There appears to be some association with abnormalities in the levels of two naturally occurring chemicals known as serotonin and histamine. It is believed that the fluctuations of these chemicals may also be responsible for migraine headaches. There also appears to be a link with stress and anxiety which could possibly serve as a trigger for fluctuations of the serotonin and histamine levels. The exact process by which this occurs is not clearly understood. However, it is important to note that abdominal migraines is not a psychiatric condition although it may have a psychological trigger.

Abdominal migraines also appears to be to be triggered with certain types of food particularly chocolate and foods containing MSG (monosodium glutamate). Other chemicals known as nitrites which are used to cure meats may also be a trigger. It appears that these factors are similar to known triggers of migraine headaches. However, it is not uncommon for there to be specific triggers that varies among individuals. It is therefore important to keep a diary of foods in a child with abdominal migraines in order to identify these unique triggers.

The main symptoms of an abdominal migraine is a severe abdominal pain of a sudden onset. It occurs in episodes which may last for hours  to days and then resolve on its own only to recur again at a later stage. The abdominal pain is generalized meaning that it is over the entire abdomen and a child is unable to accurately localize the pain.  However, most children will agree that the most intense pain is centrally located on the abdomen, meaning it is towards the midline. The pain seems to subside with sleep. Usually there is no headache but in some cases a mild headache may accompany the abdominal pain.

The other prominent symptoms that are present in abdominal migraines is nausea and vomiting. These symptoms may be intense and exist for as long as the abdominal pains are present. Cyclic vomiting which is another type of childhood periodic syndrome may be seen as a variant of severe abdominal migraines. There is usually a lack of appetite during these periods due to the combination of abdominal pain, nausea and vomiting. The appetite often returns once the episode resolves. Another common symptom during these episodes is paleness (pallor).

There is no definitive treatment for abdominal migraines since the exact cause and underlying mechanism has not been clearly identified. Certain medication that appears to be effective in treating and managing abdominal migraines have not been approved for use in children. The drugs that may offer some relief include tricyclic antidepressants, serotonin blockers and valproic acid. Conservative management particularly with regards to avoiding trigger foods and psychological stress is therefore recommended. Rest and reassurance are important measures in dealing with a child during an episode of abdominal migraine. Other medication such as NSAIDs may be considered for use although aspirin should be avoided in children.