It is not unusual to experience difficulty in remembering events when you were extremely intoxicated. This can occur with both alcohol and drugs. The amount of alcohol that may cause this type of memory loss varies from one person to another. However, it mainly occurs with drinking large quantities of alcohol over short periods of time and may result in complete memory loss for a specific period or only partial memory loss during that time. Contrary to popular belief, this memory loss is not a result of alcohol killing brain cells. Rather it is a disruption in the way the brain shifts short term memories into the long term memory.

What are alcohol blackouts?

Alcohol-induced amnesia, also known as alcohol blackouts, are short term memory loss associated with consuming alcohol. The reason why this occurs is because alcohol can affect the functioning of certain parts of the brain responsible for the formation  and storage of memories. Despite the use of the term ‘blackout’, it does not mean that a person is rendered unconscious. A person can complete a number of tasks yet not remember doing it at all or only remember ‘bits and pieces’ of the event. It can last anywhere from a few minutes to several hours.

It is not only memory that is affected with alcohol use. Cognitive impairment may affect the ability to make rational decisions or conduct other mental tasks. It often starts up even before physical impairment characteristic of stupor becomes evident. However, at the point where alcohol blackouts tend to occur there is both significant cognitive and physical impairment. Essentially alcohol-induced amnesia is due to drinking too much of alcohol too fast leading to a rapid rise in blood alcohol concentration (BAC). 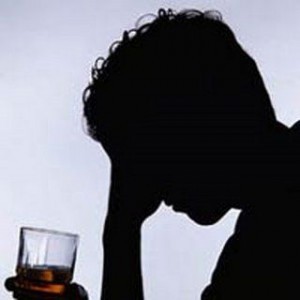 Why does alcohol cause blackouts?

According to the current understanding of alcohol-induced amnesia, alcohol affects certain nerve receptors. A process known as long-term potentiation (LTP) is then disrupted which normally heightens responsiveness between different nerve cells (neurons). LTP is an important part in the formation and storage of memories. Studies conducted have revealed that low levels of alcohol do not seem to have this effect on the long term potentiation and therefore memory remains relatively intact.

While the memory disruption seen with excessive alcohol intake does not appear to affect brain structure, it should be differentiated from the host of brain changes that may occur with chronic alcoholism. This may include atrophy (shrinkage) of the brain, alterations in gene expression and disruptions in blood flow within the brain. Alcoholic psychosis is one of the consequences of chronic alcoholism where there may be dementia and personality changes. It should not be confused with alcohol-induced amnesia (blackouts) which may occur even in a person who drinks large quantities alcohol once off.

The two types of alcohol-induced blackouts are total or partial.

How much alcohol causes blackouts?

There is no definitive answer as the quantity of alcohol required to cause a blackout can vary among individuals. It is known that alcoholic blackouts occur when large quantities of alcohol are consumed rapidly. This more commonly seen with social drinkers and particularly with college students. It is not surprising as the drinking habits among college students may include this type of behavior – rapid drinking of excessive amounts of alcohol.

There is evidence suggesting that some degree of memory impairment may occur even after one or two alcoholic drinks. It is known that blackouts are more likely to occur when the blood alcohol concentration (BAC) is 0.20 or higher. However, it has been observed that there could be some memory loss at levels as low as 0.10. Usually at these lower levels it is partial memory loss to a minor degree that a person may be unaware of it since it would not severely impair the recollection of events.

It has been observed that women are more prone to blackouts than men which can be explained by gender-related physiological differences such as a lower body weight and lower levels of the enzyme needed to metabolize alcohol. However, dietary habits and beverages choices may also play a role. Women who are dieting (eating fewer calories) and who tend to opt for mixers or wines will experience a faster rise in blood alcohol concentration levels as compared to men who are often eating more calories and choosing alcoholic beverages with a high water content, like beer.