Bad odors in the groin may not always be noticeable in social settings as this area is covered but can have an impact on more intimate relations. It can be embarrassing and even detract partners apart from having a social impact when it is very prominent. Understanding the causes of groin odor is important in order to take measures to counteract and prevent it from arising.

The micro-environment in the groin region is relatively unique compared to other parts of the body, and shares similarities with the armpit region and feet in people who tend to wear closed shoes. It is therefore not surprising that the armpits, feet and groin are often considered to be the smelliest parts of the human body as is the buttocks. Apart from the contribution of feces, urine and genital secretions, there are other reasons why the groin may have a bad odor and is not related to any disease.

Firstly the groin is usually covered most if not all of the day in the majority of cultures across the globe. It probably covered more tightly than other parts of the body so that the genitals are not visible. As a results this increases the build up of heat in the area. This in turn contributes to sweat production. The hair in the area also contribute to the odor due to poor ventilation preventing the oil and sweat from evaporating.

Bacteria and fungi are more likely to thrive in this warm, dark and moist environment. Coupled with the offensive odor of feces and urine, it is therefore understandable why the groin area has an offensive odor. 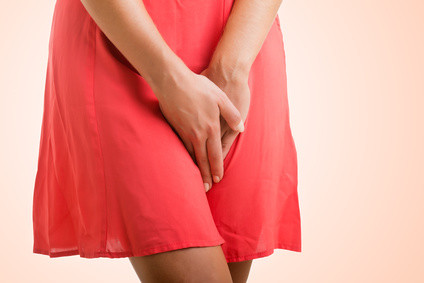 As with bad body odor anywhere on the body or throughout the body, there are several common causes that are also responsible for a smelly groin. However, there are also some factors that are specific to the groin region and particularly to the genitalia.

Poor hygiene is probably one of the most common causes of bad groin odors. It includes:

Menstruation can be accompanied by unusual and at times offensive odors as a result of the combination of the menses and discharge associated with hormonal changes. It may not be a significant problem with proper sanitary pad or tampon use, including frequently changing the pads and tampon. However, it does cause a short term alteration in groin odor for most females.

Urine contributes to groin odor and when an urinary tract infection exists then the urine odor can be extremely offensive. It is due to a combination of byproducts from bacterial action and pus along with natural ammonia odor of urine. The odor is usually accompanied by a noticeable change in urinary habit, including frequent urination, burning during urination, abnormal urine color and constant urging to urinate.

Ringworm of the Groin

Fungal infections in the groin region are common. It is mainly caused by dermatophytes that have the ability to digest skin cells. These infections are superficial and typically referred to as a ringworm due to its round ring-like appearance. Sometimes yeasts may also cause an infection especially at the skin folds. This is known as cutaneous candidiasis. Apart from itching, the red rash and eventually darkening of the affected skin there may also be musty odor.

Vaginal candidiasis, also referred to as vaginal thrush, is a common infection of the vaginal tract. It is caused by the Candida species of yeasts. Contrary to poplar belief, the discharge that is a symptom of vaginal thrush does not have an odor. However, the continuous discharge does contribute to moisture in the groin region and as a result of other factors an offensive odor in the groin region may arise. Itching of the vagina, burning, pain and redness are other symptoms.

Pelvic inflammatory disease (PID) is a bacterial infection of the female reproductive organs. It usually starts at the vagina and is often a sexually transmitted infection. Eventually the infection spreads upwards to the uterus, fallopian tubes and ovaries. Vaginal discharge with an offensive odor, pelvic pain, urinary problems, irregular menstrual bleeding and fever are the main symptoms.

Diarrhea can be very messy at times and with explosive or very watery diarrhea there may be fecal particles distributed throughout the buttock and groin region. Simply wiping the anus may not suffice. Sometimes there may also be bowel incontinence, also referred to as a leaky anus. As a result these fecal particles on the skin can contribute to an offensive groin odor. This is also responsible for smelly buttocks.

The inability to hold back urine is known as urinary incontinence. It can arise for a number of reasons including severe urinary tract infections, damage to the bladder and dysfunctional nervous control of the bladder. While in severe cases large amounts of urine in the bladder may suddenly be expelled, in many cases there are small amounts of urine passed out into the underwear during the course of the day. This contributes to bad smells in the groin region.

Sexually transmitted diseases may cause urethral or vaginal inflammation and a smelly discharge. Some like chlamydia and gonorrhea can cause an unpleasant smelling discharge. However, there are times where the discharge from lesions caused by these infections have no specific odor. The moisture may then contribute to a musty or even offensive odor. It is further complicated by any open wounds on the genital surface. Read more on STD symptoms. 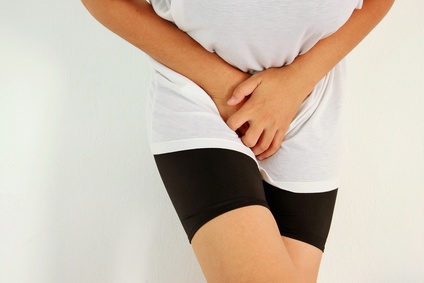 At times medical treatment is necessary for infections, urinary incontinence and diarrhea. However, a few simple measures can still help to reduce groin odors in these cases or even eliminate it in cases where there are no underlying medical problems.