The urinary bladder is a hollow muscular organ located in the lesser pelvis when empty. It serves as a reservoir for urine and can stretch considerably to store close to a maximum of 500 milliliters of urine. The average full bladder that is not overly distended contains about 350 milliliters of urine. It receives urine produced in the kidneys via the ureters and passes it out into the external environment through the urethra.

Anatomy of the Urinary Bladder

Parts of the Urinary Bladder 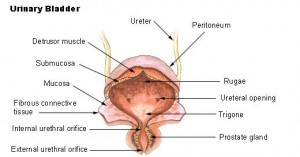 Blood Supply to the Bladder

Nerve Supply to the Bladder

Location of the Urinary Bladder 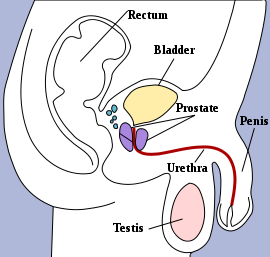 The bladder lies below the level of the umbilicus although in some individuals it can rise to this level when full. Its location is best understood in relation to surrounding organs and structures :