We expect to see a brown colored wax from the ear when using a cotton ear swab, but the sight of blood often worries most people. It is an obvious cause for concern but may not always mean something is seriously wrong with the ear. In fact bleeding from the ears may not always mean that the blood is originating from the ear. On its own, a few drops may not be serious but when accompanied by other symptoms like pain, hearing loss and dizziness, then it could be due to very serious and even life-threatening conditions.

It is important to have a basic understanding of the human ear anatomy. The ear can be divided into three sections – the outer ear, the middle ear and the inner ear. The ear canal of the outer ear transmits sound waves to the eardrum. It transmits the mechanical force to the three small bones (ossicles – malleus, incus, stapes) in the middle ear. This forces is then transmitted to the oval window of the inner ear. From here the mechanical force is converted into nerve signals by the cochlea and relayed to the brain where it is perceived as sound. 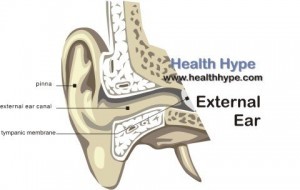 Otorrhea is the medical term used to describe any ear discharge. It may be a clear, white or discolored fluid, a waxy discharge, pus or even blood. Bleeding anywhere in the body is a sign of a ruptured blood vessel. The site where the bleeding is seen is not necessarily the source of the bleeding.

For example, you may see the blood coming out through the ‘hole’ in your ear but it does not mean that the bleeding is here or even within the ear canal. The blood could in fact be coming from deep in the ear or structures surrounding the middle and inner ear.

Causes of Bleeding from Ear

These are some of the causes of gross bleeding from the ears, blood-stained fluid or wax. There may be other uncommon conditions that coul also present with bleeding from the  ears. It is therefore important to seek medical attention.

A tear in the eardrum is one of the most common causes of bleeding from the ear. It can occur with a foreign body piercing the eardrum, loud sounds, infections and sudden changes in air pressure which could be caused by an open hand slap.  However, a perforated eardrum may  not always present with bleeding from the ear. Sometimes minor perforations go unnoticed and heals on its own in time. 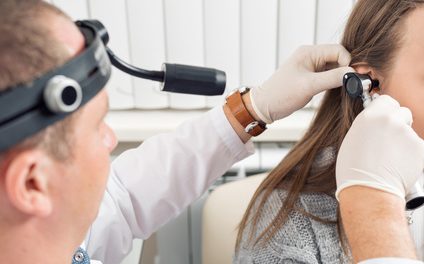 A fracture to the base of the skull can also cause bleeding from the ears. Usually there is a CSF leak out of the ear (otorrhea) and nose (rhinorrhea). Blood will only be evident if there is also a rupture of a blood vessel with the blood mixing with CSF and exiting out of the ears. It is a rare occurrences and mainly occurs with severe head trauma.

A foreign body refers to any object that should not naturally occurring in an area. With the ear this often involves objects like a cotton swab, matchstick, pens or pencils and so on. A foreign body may not necessarily cause bleeding on its own unless it perforates the eardrum or causes a break in the skin lining the ear canal. Children may also place small toys, beads or food in their ears.

Viral hemorrhagic fevers have become a major concern in recent times mainly due to 2014 Ebola outbreak. In the late stages of the disease, the virus causes the breakdown of blood vessels which may then lead to bleeding from the orifices such as the mouth, nose, ears and anus. While not all viral hemorrhagic fevers are deadly, some like Ebola can have as high as a 90% mortality rate.

An otic or aural polyp is a benign growth that develops from the skin of the external ear canal or eardrum. It is usually caused by repeated irritation of the area often linked to chronic infections. Bleeding from the polyp is not a common symptom but it can occur with injury from a foreign object. These growths should not be confused with a cholesteatoma.

Infection of the outer ear, commonly known as swimmer’s ear, usually does not present with bleeding from the ear. A  severe form of this infection which may extend into the bones of the skull is known as malignant otitis exerna. The area becomes very prone to bleeding with even slight irritation or injury in malignant otitis media and is usually caused by inserting a foreign object into the ear canal.

Disseminated intravascular coagulation (DIC) is a serious disorder where the blood clots abnormally and then reverses leading to abnormal bleeding even from a minor injury. In severe cases the bleeding may even arise with no injury. DIC may occur with widespread inflammation, certain infections and cancer. It is an uncommon cause of bleeding from the ears. 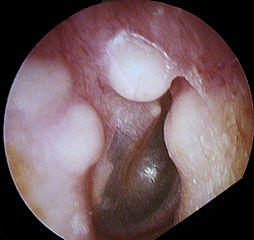 The odd drop of blood may not always be a cause for concern. Often a little blood from the ear is due to injury with an cotton swab, finger or other object used to ‘dig’ into the ear canal. However, if one or more of the following symptoms arise with profuse or persistent bleeding then immediate medical attention is necessary.

Bleeding from the ears that arises suddenly after an assault, fall, high dive into water, car accident, sporting injury or any type of head injury needs to be investigated immediately. Never use cotton balls or any other material to block the ear in the event of bleeding unless it is advised or done by a medical professional. It is also not advisable to attempt to rinse out the ear with water or any other fluid as this can complicate the condition.