The sense of vision is enabled by several components in the human eye and close to it – the visual apparatus of the eye, the nerves that carry signals to the brain and brain centers that decipher these impulses. Light has to enter the eye unobstructed, be refracted (bent) by the cornea and lens at the optimal angles to strike the most sensitive area of the retina and be perceived as a sharp and clear image. If there is any disruption in the process, there may be visual disturbances. Most diseases that causes visual disturbances like blurred vision or cloudy vision involves the cornea and/or lens. Sometimes the disorder is not limited to cornea or lens but involves the sensory parts, namely the retina and/or optic nerve, or even the visual centers in the brain itself. This can cause a number of visual disturbance beyond blurred, cloudy or hazy vision. It is more likely to lead to partial or complete loss of vision (blindness).

Blurred vision and cloudy or hazy vision are among the more common visual disturbances. When sharpness of vision (visual acuity) is disrupted then there is blurred vision. If the clarity, contrast and brightness is affected then it is referred to as hazy or cloudy vision. Both types of visual disturbances may be due to common causative factors particularly conditions that affect the retina. However, visual acuity depends on the refraction (bending) of light while visual clarity depends on the opacity of the cornea, lens and humors. The term visual acuity does, however, describe both sharpness and clarity of vision. Another rather uncommon visual disturbance is double vision (diplopia) which may be due to some of the same causes that lead to blurred or cloudy vision.

Blurred vision, sometimes referred to as blurry vision, is a loss of sharpness of vision. It is the most common visual disturbance and majority of these cases are not due to any serious eye disease. Temporary blurred vision can occur after prolonged hours of staring at an object and then changing focus to an object that is nearer or far away. This is often associated with eyestrain due to long hours of reading or computer use. Tears that well up in the eyes can also cause a momentary blurring of the vision but clears as the tears drain away. 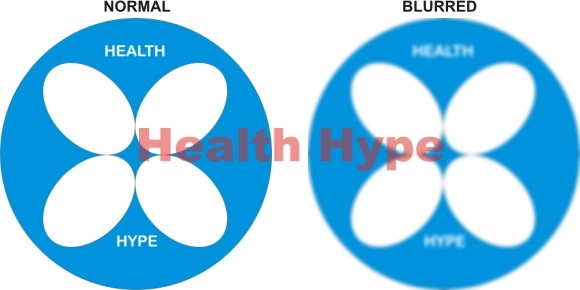 Myopia (nearsightedness) and hyperopia (farsightedness) are two common refractive disorders of the eye that cause blurred vision. In myopia it is distant vision that is blurred while with hyperopia the near vision is blurred. Refractive errors occur when the light entering the eye is either not refracted (bent) to a degree that allows for a sharp image to be cast on the most visually acute area of the eye known as the fovea. The sharp image may fall short of the retina as in myopia or beyond the retina as in hyperopia. This blurring of vision, particularly near vision, also occurs with age and every person will experience it to some degree after the age of 40. In this instance it is known as presbyopia. Another less common refractive error is astigmatism.

Refractive errors develop slowly therefore there is a gradual progression of the blurry vision. However, there are other pathological causes of blurred vision that may also develop gradually. With more acute causes, however, there may be a sudden change in vision.

Other causes of blurred vision may include :

Cloudy vision or hazy vision is a dulling or dimming of vision. It can vary in presentation from a shadow effect as if there is a veil over the eye, duller than normal colors or diminished brightness/contrast. It is also sometimes used to describe glare or halos. Cloudy or hazy vision indicates that light rays entering the eye are distorted as it passes through the cornea, lens and/or humors. Momentary dimming of the vision may occur for several reasons that are not related to any disease. Sometimes this is seen with a sudden change in the lighting of a room, tearing, mucus in the eye or even dryness of the eye. 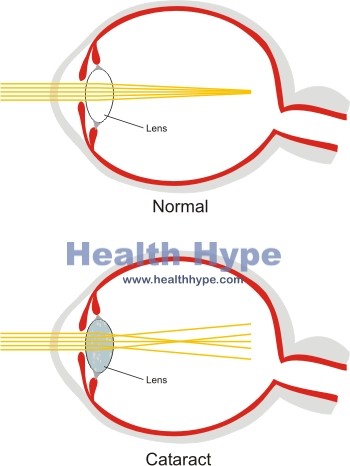 The most common cause of cloudy vision is a cataract. This is a clouding of the lens that causes progressive loss of vision over time. Light entering the eye is impeded since the lens is not as clear as it should be. Some of this light is also deflected and can contribute to blurred vision or even double vision. Cataracts may be acquired in life or present from birth (congenital).

Other causes of cloudy or hazy vision includes :

Halos or glares can arise after refractive surgery like LASIK which is conducted to correct common errors such as myopia or hyperopia. This is a common occurrence and patients may mistaken experience hazy vision particularly at night when driving and in bright sunlight.