What is cat scratch fever?

Cat scratch fever, more correctly known as cat scratch disease (or catscratch disease), is an infection contracted through a scratch or bite from a cat. It is a bacterial infection caused by Bartonella henselae that tends to affect the lymph nodes in the area of the scratch or bite. Understandably children are more often affected as they tend to have closer contact with pets. Often the scratch or bite that leads to the infection is from kittens rather than adult cats. Although the infection can resolve on its own within a few months, there can be severe complications in people with a weakened immune system.

How common is cat scratch fever?

The exact incidence of cat scratch disease is unclear but it is estimated to affect about 10 in 100,000 people annually. Children under the age of 18 years are more frequently affected. The incidence largely varies based on a person’s contact with cats and kittens in particular. Understandably cat owners and workers in contact with domestic cats are at a greater risk and therefore the incidence would be higher in these groups.

In the process, pus collects and the body attempts to wall off the infection leading to the formation of abscesses and granulomas. The abscess tends to form first and is a collection of pus containing bacteria, debris and immune cells in fluid and sometimes blood. Later a granuloma may arise at the site where immune cells become clumped together. The effects of the bacteria in the body are not limited to the lymph nodes near the site of inoculation. Other lymph nodes may also be affected. The bacteria can spread and affect the central nervous system, eyes, lungs, spleen and vertebral bones.

Bartonella henselae infection has a more severe effect on people with a weakened immune system – immunocompromised patients like those with HIV/AIDS or uncontrolled diabetes mellitus. It can cause angiomatosis where there is extensive development of new small blood vessels that form a tangled mass. Since it is caused by bacteria, it is known as bacillary angiomatosis. These types of growths are mainly seen on the skin or in bones. It almost exclusively occurs in immunocompromised patients with cat scratch disease.

Bartonella henselae infection primarily causes superficial regional lymphadenitis. This simply means inflammation and swelling of the surface lymph nodes closest to the site where the bacteria enters the body, usually as a result of a cat scratch.

Other symptoms that may eventually appear as a part of systemic manifestations includes :

Sore throat and joint pain (arthralgia) are seen in a minority of cases.

An atypical presentation means symptoms that are not seen in majority of the patients with the infection. It is more likely to be present in this manner in the elderly and immunocompromised patients. Complications are more likely to be seen in these instances giving rise to the clinical presentation associated with cat scratch fever. This includes : 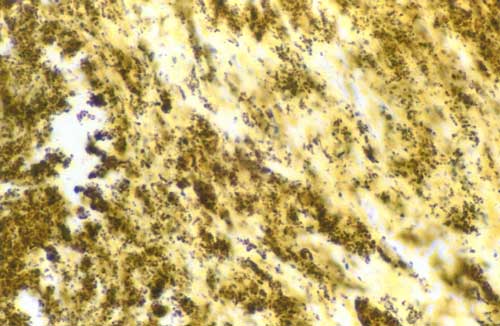 Cat scratch fever or catscratch disease (CSD) is caused by an infection with the Bartonella henselae bacteria. Infection with other Bartonella species of bacteria (bartonellosis) can cause other diseases like trench fever. The infection with Bartonella henselae is contracted by humans primarily through a scratch or bite from a cat with the bacteria. Domestic cats are the natural reservoir for these bacteria and it may spread among cat through fleas and possibly ticks. Although rare, it is possible that humans can contract the infection through fleas and ticks after feeding on cats. Most cases are due to bites and scratches from kittens rather than adult cats.

People who are at risk of contracting the infection are :

Antibiotics are not always necessary for the treatment of cat scratch fever in patients with a competent immune system. It can take between 2 to 6 months for the infection to resolve completely. Supportive treatment may be necessary to control symptoms. This includes :