The neck contains a large number of lymph nodes, known as the cervical lymph nodes and many are superficial and easily palpable (can be felt by touch). A swollen neck lymph node is not uncommon and frequently occurs in children, even when there is no disease or obvious cause present. With age, the incidence of enlarged neck lymph nodes declines except when it is due to some pathology.

The most common cause for swollen neck (cervical) lymph nodes is an infection. While most incidents of cervical lymph node enlargement is self-limiting and resolves quickly, some may persist for a longer time and may need more active management. Among this group, the supraclavicular lymph nodes are of special significance. Their enlargement may be an ominous sign since it is most often associated with malignancy and careful assessment and investigation is indicated.

Swollen lymph nodes of the neck may be localized, where only groups of lymph nodes in the neck are enlarged. In some cases, it may be generalized where lymph nodes in other parts of the body are also involved. 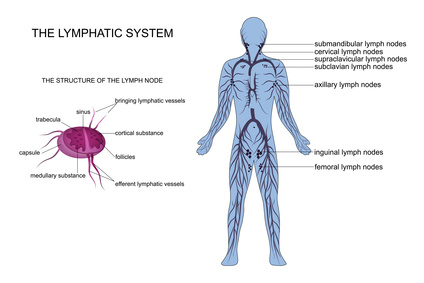 There are mainly six different groups of lymph nodes situated in the neck and according to their location they are classified as :

Swelling of the neck lymph nodes usually arises with conditions, particularly infections, in and around the neck area. However, it is also one of the groups of lymph nodes which commonly becomes enlarged with certain systemic diseases where the problem is not isolated to the head, neck or chest region. 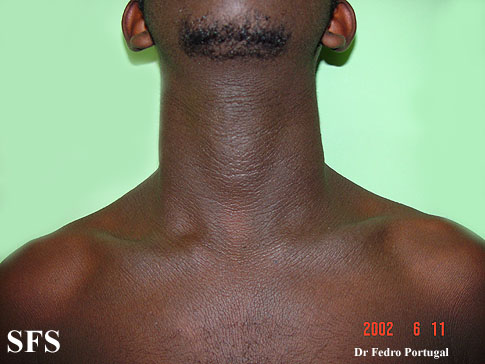 Infections are the most common cause of swollen neck lymph nodes whether it is a viral, bacterial or parasitic infection is an infection. Some of these infections include :

Malignant tumors, particularly in the head or neck, may cause lymphadenopathy of the cervical lymph nodes. This may also indicate metastasis (cancer spread) from other parts of the body or the areas drained by the affected lymph nodes. It is important to take note of the Virchow’s node which may be an early warning sign of stomach cancer.

Systemic causes of swollen neck lymph nodes usually involve different types of autoimmune diseases and other diseases that cause an immune deficiency. This includes :

Usually the lymph node swelling is not isolated to the cervical lymph nodes and may be generalized.

The characteristics of the swollen lymph node often helps to determine the cause of the swelling. Usually, lymph node swelling due to an infection are soft, painful, and mobile, with signs of inflammation on the overlying skin. Cancerous lymph nodes are hard, fixed (not mobile) and usually not painful. Lymph nodes that seem connected to each other are called “matted” lymph nodes and may be associated with tuberculosis, sarcoidosis or malignancy.

Lymph nodes are sometimes described as “shotty” when they may be small, non-tender and have a rubbery consistency. This type of lymph node may be seen following an infection which has already resolved and does not have the typical characteristics of either an infected or a malignant lymph node.

Constitutional symptoms such as fever, night sweats, weight loss and fatigue may also give an indication as to the cause of lymph node swelling. If necessary, your doctor may consider a biopsy for further investigation in order to make a conclusive diagnosis.