What is the clavicle?

The human clavicle or collarbone is a short bone that lies on the front of the chest (thoracic) wall. It plays an important role in connecting the upper limb to the trunk of the body. The clavicle is also the most frequently fractured bone of the upper body especially since it lies superficially.. Although it is a small bone, this clavicle is able to bear significant force mainly by the action of the numerous muscles and ligaments that attach to it, as well as the weight of the upper limb. In thinner people, the clavicle is clearly visible through the skin and its characteristic S-shaped can even be seen. It is part of the appendicular skeleton although which connects it to the axial skeleton.

Anatomy of the Clavicle

The clavicle is actually a long bone of the body although it is short in length. It has a softer trabecular tissue inside with a hard shell of compact bone. Although it is a long bone, the clavicle lacks an internal cavity (medullary cavity) where bone marrow would be housed in most long bones. It is a also flatter compared to the more rounded contour of most long bones, and is the only long bone to lie horizontally.

Similar to other long bones, the clavicle has two enlarged ends and an elongated body (shaft). The shaft is S-shaped which is an important feature for its strength.

The clavicle is not a straight long bone but curved which makes it look like an elongated capital S. This shape is very important feature which gives it the strength and resilience that is needed for its different functions.

The levator claviculae muscle may also attach to the clavicle if it is present. 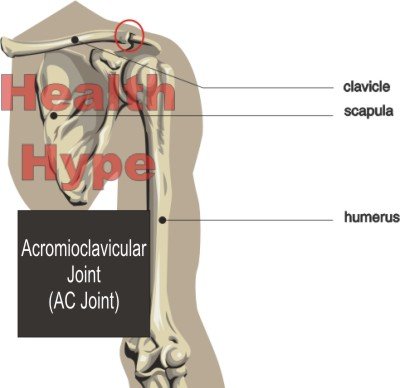 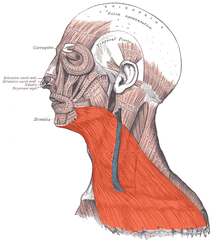 Location of the Clavicle

The clavicle is located at the top of the thoracic wall, just below the neck and to the sides of the breastbone (sternum). It lies just above the first rib on either side of the anterior (front) chest wall. The inner  part of the clavicle is bound by the costoclavicular ligament to the first rib so that it does not rise with movement of the shoulder blade.

The other structures and organs around the clavicle is as follows :

Functions of the Clavicle

The functions of the clavicle includes :