The colon is the last part of the gut. It is the longest part of the large intestine. Most of us know the colon for being the place where stool is formed and stored. Sometimes this stool can become a hard mass. However, it is not the only type of mass that can occur in the bowels. Some colon masses can serious and potentially life-threatening.

What is a colon mass?

A colon mass is any growth, object or plug (like a fecal plug) that is located in the colon of the large intestine. Masses in the colon may cause any obstruction (blockage), excessive stretching or even tearing of the bowel. However, small masses may cause no problems and not be detected without diagnostic investigations. The main concern about a colon mass is whether  it is cancerous or not.

How can a mass affect the colon?

The colon is the widest part of the lower gut. It is not as long as the small intestine but can hold a large volume of solid and fluid. A watery mixture (chyme) passes from the small intestine into the large intestine. This mixture is a combination of undigested food, bile, digestive enzymes, mucus and other large amounts of water that remains after digestion. 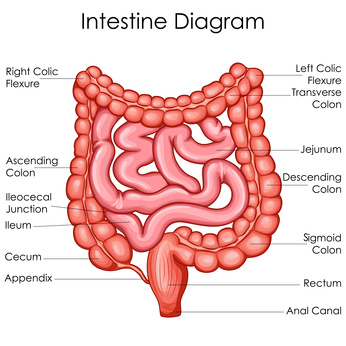 The large intestine, and specifically the colon, has to turn this watery chyme into a solid but soft feces. This is held in the colon until it is passed out during defecation. Any mass in the colon can affect the formation, storage or evacuation of stool. However, small masses may cause little to no disturbance and may not be identified until it becomes larger.

The signs and symptoms can vary depending on the type of colon mass. However, most of these symptoms overlap and are usually due to an obstruction caused by the colon mass.

It is important to note that there may be little to no symptoms if the mass is small.

There many different types of colon masses. Some are due to an overgrowth of colonic tissue while others are hardened colonic contents, like a fecal plug. It can be difficult to identify the exact type of colon mass without diagnostic investigations like a colonoscopy. The signs and symptoms alone are not always a reliable indicator of the type of colonic mass.

Fecal impaction is a relatively common cause of a colon mass.  The stool becomes hard and compacted. This leads to a blockage in the colon. However, watery stool may be able to pass around the impaction and be mistaken for a diarrheal illness. Children and the elderly are more likely to suffer with fecal impaction.

Impacted feces are more likely to occur in the backdrop of constipation. Therefore it may be a result of insufficient water or fiber intake, certain medication, weak pelvic muscles or various other conditions that may present with constipation. Withholding bowel movements for long periods can also play a role in the development of fecal impaction. 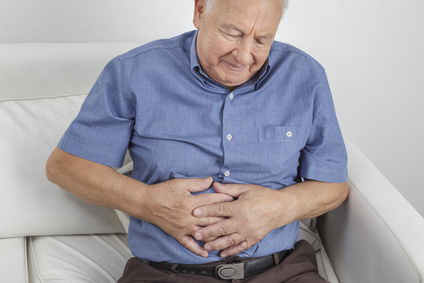 Colon polyps are masses that protrude from the wall of the colon. Most of these growths are non-cancerous (benign). However, some have the potential to become cancerous (malignant). Polyps can vary in size. Small polyps are unlikely to cause any symptoms and may only be discovered incidentally during diagnostics investigations like a colonoscopy.

There are broadly two types of polyps – neoplastic or non-neoplastic. Although either type can cause a colonic obstruction, it is the neoplastic polyps that are more concerning. These polyps have the potential to become malignant (cancerous). This risk of becoming cancerous is greater with larger neoplastic polyps.

Colorectal cancer is one of the most serious types of colon masses. If left untreated, it can result in death. It is among the five most common cancers in the United States and causes approximately 50,000 American deaths every year. The danger with colorectal cancer, as is the case with any cancer, is that it can rapidly spread to other organs.

As with any cancer, colorectal cancer occurs when the cells of the colon become abnormal ad start multiplying excessively. This is usually caused by damage or abnormalities of the genetic material in these colon cells. There are various possible risk factors for colorectal cancer, such as cigarette smoking, certain dietary habits or a family history of colorectal cancer.

A lipoma is a benign (non-cancerous) tumor in the colon. These masses form from fat cells. Lipomas are not specific to the colon. It can occur anywhere in the body where fat cells are present. Most of the time lipomas are left untreated unless it becomes large and causes a bowel obstruction. Lipomas do not have the potential to become cancerous (malignant).

Foreign Body in the Colon

A foreign body is not a common mass that may occur in the colon and result in an obstruction. It is rare where these objects enter through the mouth. Instead a foreign body can be present in the colon if it is inserted through the anus. However, the object has to pass up the rectum and often gets pushed out or may be passed out during defecation.

Pseudo-Obstruction in the Colon

A pseudo-obstruction as the name suggests is a ‘false’ blockage. It is not caused by any mass of any type. Instead it occurs when the muscles in the colon wall malfunction and cannot push the colonic contents further down the colon.

These colonic contents, like stool, become ‘stuck’ and blocks further movement within the colon. This type of pseudo-obstruction can be acute (also known as Ogilvie syndrome) or chronic, although the latter is rare.