The fingers are the most active appendages in life. It allows humans to conduct a range of activities and even more so in a modern world where pressing buttons all day is a norm. Naturally finger-related symptoms will arise, the most common being pain. Usually it is short lived and short periods of rest are sufficient to ease the pain and associated symptoms. But sometimes finger pain does not resolve as easily. It persists and gradually gets worse. Other finger symptoms arise, like stiffness, swelling and weakness. Eventually it reaches a point where daily use of the fingers becomes difficult and can negatively impact a person’s life and career.

The fingers are largely bony structures containing tendons and ligaments. Apart from the minute muscles attached to hair follicles in the skin, the fingers do not contain muscles. All the muscles that move the fingers are located in the hand and forearm. Nevertheless muscle strain can still cause painful fingers as the tendons are often strained as much as the muscles. Stiffness may not be as much of a muscle problem as is often thought. Instead the joints of the fingers and ligaments that stabilize it  are more likely to be affected. And equally important are the nerves supplying sensation to the finger which may be the cause of the pain.

Overuse of the Hands

Overuse of the fingers are undoubtedly one of the leading causes of acute finger pain and stiffness that resolves on its own. A little ice, some rest and anti-inflammatory drugs often do the trick. But this does not mean that management should end there especially if there are recurring episodes of pain and stiffness.

Sometimes overuse may not be the problem and the recurring symptoms may be the start of other conditions like the very early stages of rheumatoid arthritis. The other issue is that finger pain and stiffness that may be recurring frequently due to overuse may require the assistance of an occupational therapist who can better assess the situation leading to the pain and advise on changes in the working environment in particular. 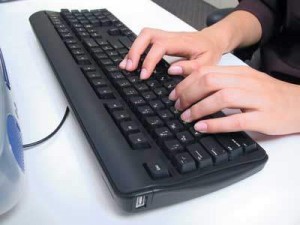 Injury to the Fingers

The hands are prone to injury probably more so than other parts of the body. As our hands are one of the primary ways that we interact with our environment and each other, it can injured from a blow, cut, fall, burn and other forms of trauma. Sometimes the injury can be so minor that a person may not even notice it initially until delayed symptoms arise.

Most injuries are acute in nature. It occurs once off and may not recur again for long periods, if ever. However, some people may sustain chronic injuries to the hands, particularly with certain occupations. Food preparers, chemical industry workers, carpenters and so on are more likely to experience frequent injury to the hands which may be the cause of pain.

The characteristic feature of rheumatoid arthritis of the fingers is that it affects both hands. Both pain and stiffness are common symptoms. The stiffness is typically worse in the morning and eases with movement. Arthritis involves the joints specifically and would not be the cause of pain at the fingertips or between the joints. The formation of nodules on the fingers may also occur with advanced cases of rheumatoid arthritis.

The fingers contain extensive ligaments which can also be prone to a number of different problems that leads to pain and stiffness. Normally the ligaments limit abnormal movements – the collateral ligaments prevent sideways bending of the fingers and the volar plate prevents overextension of the fingers (backwards movement). But the fingers being long, thin and flexible are prone to stretching and twisting which can result in ligament injuries.

The ligaments may become inflamed and in some cases even tear partially or completely. Disturbances with the ligaments due to stretching or twisting can also lead to joint injury and dislocation. Apart from pain, the movement of the fingers would be severely impeded. It is difficult to differentiate the nature of a ligament problem without diagnostic investigations. Sometimes surgery may have to be done to repair the ligaments.

The tendons extend all the way from the muscles on one end to attach to the bones of the fingers. Therefore tendon pain may be felt in the fingers itself. Although strain due to overuse is one of the main reasons for tendon problems, sometimes a deep cut or other type of injury can damage the tendons, like a flexor tendon injury where the fingers will not be able to bend properly.

There are several nerve-related problems that cause finger pain. Stiffness is less common but when the motor nerves are affected, there may be weakness of the muscles moving the fingers. This muscle weakness can at times be incorrectly perceived as stiffness of the fingers.  In many of these conditions, symptoms like pain are interspersed by finger or arm numbness and tingling. The most notable of these conditions is carpal tunnel syndrome (CTS) where the median nerve is compressed as it passes through the wrist.

Carpal tunnel syndrome has become more common in the past 20 years largely due to the extensive use of electronic devices. Pain and weakness are common symptoms. Other nerve problems that may cause and pain and weakness of the fingers include nerve root compression where the nerve emanating from spinal cord becomes “pinched” and diabetic neuropathy. Cubital tunnel syndrome, ulnar neuritis and brachial plexus injuries may also need to considered.