Most people have a preference for salt in their food, rather than consuming unsalted foods. Some people prefer more salt than others. While this is not considered abnormal, there are cases where the desire for salt is intense and can drive a person to consume excessive amounts of salt. This can be linked to various diseases and at times the salt craving may be the only symptom.

What is a salt craving?

A salt craving is an intense desire for salt, salty foods or beverages. Although the term salt is commonly used to refer to table salt or cooking salt which is sodium chloride, in broader terms it may refer to a number of other chemical compounds that have a salty taste. It is a social norm these days to consume foods with sufficient salt to make it palpable but this desire for salt is not considered to be a craving.

Instead a salt craving can be viewed as the desire to consume salty foods and beverages where the salt content is high, to the point that most people will find it too salty. It is also a deviation from the individual’s normal taste preference for salt. The craving may be intense enough to compel a person to seek out salty foods and beverages and consume it in large quantities.

Salt in Foods and Drinks

Sodium chloride, or table salt, is not the only salt that humans consume. In fact in the modern diet that is heavily laden with processed foods, table salt added to food constitutes the minority of salt intake. Instead salts other than sodium chloride are consumed in much larger quantities and often these salts do not have the characteristic salty taste that we are accustomed to with sodium chloride.

Some of the foods, condiments and beverages with a high salt content include:

These are just some examples of everyday foods that have a high salt content although it may not always taste salty. However, with regards to a salt craving, the emphasis is usually on the desire for table salt (sodium chloride) or other chemical compounds with a strong salty taste.

An occasional salt craving may not be a cause for concern. It can be linked to hunger or just a transient desire for salt with no long term implications. It quickly subsides, sometimes even without consuming any salt. However, persistent or recurrent salt cravings which is only relieved temporarily with salt intake may be a symptom of some underlying medical disorder.

Salt cravings in pregnancy is not always clearly understood, as is other pregnancy cravings. It is believed to be due to the increased nutritional demand of the growing fetus. Pregnancy hormones may also play a role in cravings.  Dehydration may also be present particularly in the early stages of pregnancy with severe morning sickness.

The kidneys are responsible for regulating the balance of water and electrolytes within the body. It does this through excreting and reabsorbing electrolytes and water with the excess passed out in the urine. Several hormones also regulates these processes. However, when the kidney is diseased then it may not be able to properly regulate the fluid and electrolyte balance and can result in dehydration.

Addison’s disease is a condition where the adrenal glands are diseased and do not produce sufficient adrenal hormones. These glands are located at the top of the kidney. One group of these adrenal hormones known as mineralocorticoids plays an important role in regulating the levels of electrolytes such as sodium and potassium in the body. The specific hormone that does this is known as aldosterone.

How to treat salt craving?

A salt craving should be treated at the root cause. For example, medication may be required in Addison’s disease to maintain a normal level of hormones so that they electrolyte balance can be regulated. However, there may be a need to replenish electrolytes like sodium and potassium in all of the above mentioned causes. This should be done with an oral rehydrating solution. 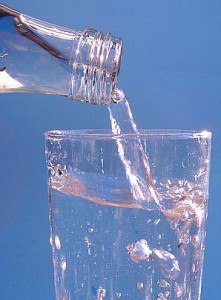 Commercially-available oral rehydrating solution (ORS) has the optimal balance of fluid and electrolytes. This ensures that water is not ‘drawn’ out of the body into the bowels where it may be lost with the stool. It also ensures a gradual replenishment of fluid and electrolytes to prevent ‘waterlogging’ of cells which can be dangerous. Homemade oral rehydrating solutions can also be effective.

It is important to avoid sodas and energy drinks which may have high concentration of electrolytes and caffeine which can then cause further dehydration. Resting in a cool environment is also important as in reduces sweat production. In the event of diarrhea, a diet of bland solid foods should be continued alongside oral rehydrating solution intake. With vomiting, solid foods must be gradually re-introduced once the vomiting subsides.

Although we are often led to believe that satisfying all pregnancy craving is not harmful to the mother or baby’s health, this is untrue. High salt intake can cause a host of disturbances such as an increase in blood pressure and even hasten dehydration. Therefore it is important to balance the pregnancy cravings with reasonable consumption of foods and drinks to satisfy these cravings. Any insatiable craving needs to be medically investigated and treated.

Always consult with a medical professional. A salt craving may not seem like a serious medical condition but it can be a symptom of a serious and even life-threatening disorder. A medical professional will be able to diagnose the underlying cause and treat it appropriately. Severe cases may require IV (intravenous) fluid and electrolyte replenishment, and even hospitalization.