In severe acute abdominal pain, plain X-ray of the abdomen is usually the first investigation. X-ray can show:

No preparation is needed for the investigation. There are no absolute contraindications, but, if possible, abdominal X-ray should be avoided in females until the end of reproduction period and pregnant women to prevent radiation exposure.

Aspiration of pancreatic cyst, lymph nodes around esophagus, and abdominal tumors is possible during the procedure.

Fasting from the evening prior to investigation is required. Investigation is done under slight sedation and lasts 30-60 minutes. Patient is not allowed to drive after the procedure. Contraindications for the procedure are the same as in upper endoscopy. Possible complications are: pancreatitis, bowel inflammation, bleeding, injury or perforation of esophagus, stomach or intestine.

CT may miss biliary sludge, small gallstones in the main bile duct and small lesions within the stomach or bowel. CT should not be done in pregnancy. 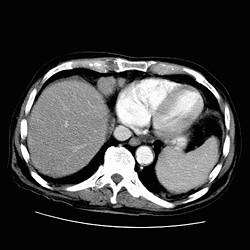 Picture 1. CT of the abdomen:
thickened small intestine (in the middle upper part of the image),
probably due to intestinal lymphoma

Preparation and procedure No barium investigations should be done within 4 days before CT and no solid foods should be eaten from the preceding evening. Patient lies on the table which is moved toward the CT machine, which looks like a short tunnel. Rotating scanner scans abdomen as slices, as thin as 1mm, using X-rays, and produces multiple horizontal cross-section images (Picture 1). Intravenously administered iodine or barium enema may be used to get more clear images. Investigation is comfortable, non-painful and lasts only few minutes. Anxious patients may receive a sedative.

Complications and contraindications. The received dose of radiation is about 10 mSv, what is 500 times more than in chest X-ray, or a dose received in 3 years of exposure to natural radiation (4). Repeated CT scans slightly raise the risk for developing a cancer later in life. CT should not be done in pregnancy. Rarely, allergic reaction to iodine occurs. If iodine was used, breast milk should be thrown away for the 48 hours after investigation.

Abdominal MRI may be done:

Barium swallow or barium meal (upper GI series) is an X-ray investigation of esophagus, stomach and small investigation. It is usually done before upper endoscopy. A fluid with barium contrast is drunk and X-ray image is made to show the shape of the bowel hollow. Investigation may show:

Barium enema (lower GI series) is investigation of the large intestine. It is usually done before colonoscopy and may reveal: 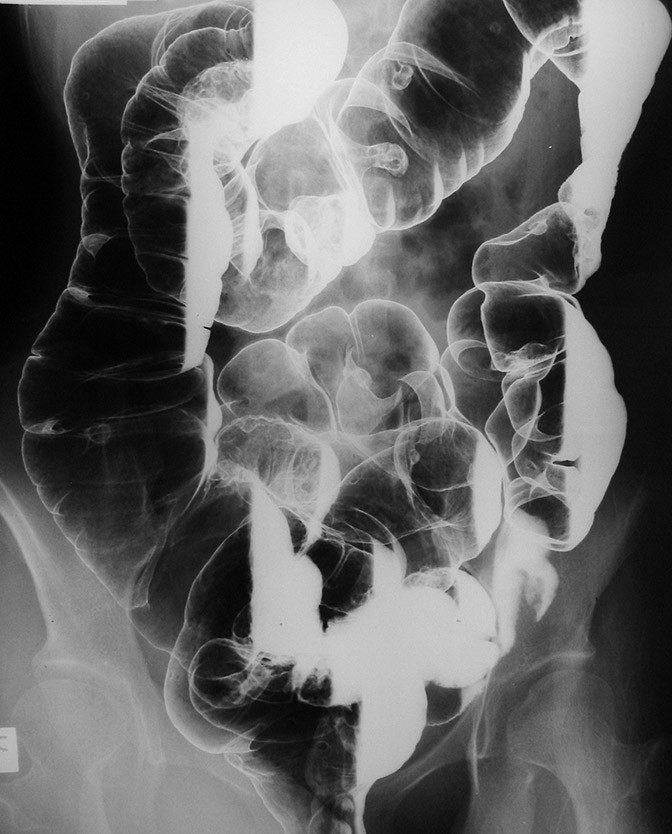 Picture 2. Polyps in the colon (upper part of the image)
(source: Wikipedia)

Abdominal arteriography is an X-ray investigation of abdominal vessels after contrast substance was injected into a patient vein or artery (usually in the leg). It is done in:

OctreoScan is a radionuclide imaging test for neuroendocrine tumors like carcinoid, insulinoma, gastrinoma, or VIPoma (3). Radio-labeled octreoide or pentetreotide is injected into a vein and its distribution in the body is scanned after 24 and 48 hours; octreoide tends to accumulate into neuroendocrine tumors. Test should not be done in pregnancy.