What are Digestive Symptoms?

Digestive symptoms is any symptom related to the digestive tract and/or digestion. The most common of these symptoms includes:

Collectively, most of the upper gastrointestinal symptoms like nausea, heartburn and bloating are collectively referred to as indigestion.

Abdominal pain or cramps as well as abdominal distension does not always arise from the digestive tract. Since the abdomen has so many organs, both digestive and non-digestive, pain can arise from any area or organ that may be totally unrelated to digestion. However, if cramps, pain or distension arises shortly after eating a meal then it may also be considered a digestive symptom. 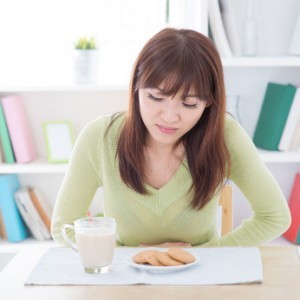 Technically the term symptoms indicates an abnormality or discomfort often associated with a disease. However, even with normal digestion there are certain sensations and changes that we are able to perceive. While it may not be a symptom in the technical sense of the world, it is nevertheless changes and sensations that we are aware of. DUring and after eating, it is normal to feel hunger pangs subside and to eventually feel full after eating a sufficient quantity of food. 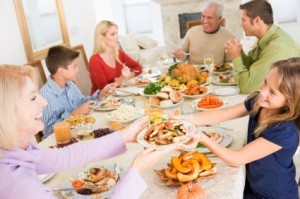 Causes of Digestive Symptoms with Meals

There are many different causes of digestive symptoms, which can either arise from a specific part of the gastrointestinal tract or affect many regions or even the entire gut. Symptoms may vary depending on the specific condition as well as the part of the gastrointestinal tract that is affected. Esophageal symptoms arise earlier, either during or after a meal, where as bowel symptoms arise later, usually minutes to hours after a meal.

Avoiding meals is not an option and may even worsen digestive symptoms. Rather problem foods that are more likely to trigger symptoms should be avoided. Other dietary and lifestyle remedies include: