In diffuse esophageal spasm the coordinated manner of muscle contractions is disrupted. Segments that are are supposed to contract and/or relax is uncoordinated meaning that two segments may contract simultaneously. This hampers the movement of food down the esophagus and therefore the most notable symptom is dysphagia (difficulty swallowing).

Swallowing is a process that starts in the mouth and ends when the food passes out of the esophagus and into the stomach. The first part of swallowing is voluntary but there after it is involuntary. First the food moves into the throat and then enters the esophagus where it is rapidly propelled into the stomach.  This is mediated by a coordinated pattern of muscle contractions starting in the throat and continuing down the entire esophagus. These movements occur throughout the gut to propel gut contents along the entire alimentary tract.

The esophagus is hollow muscular tube that is about 25 to 30 cm (centimeters) long. It has a largely muscular wall with muscles arranged in two patterns – an inner circular arrangement and an outer longitudinal arrangement. By coordinating the contractions of these two layers, a ball of food (bolus) is pushed down the esophagus in a smooth manner. In addition the innermost layer of the esophagus, the epithelium, produces copious amounts of mucus which acts as a lubricant for the passage of food. 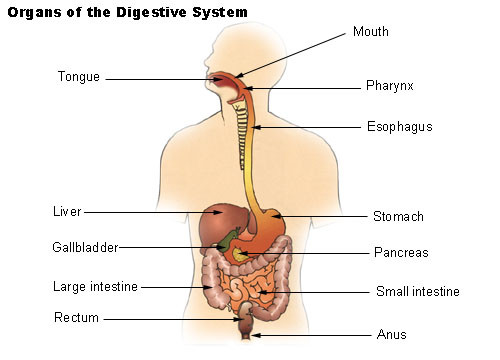 Esophageal motility is controlled by cranial nerves V (5), IX (9), X (10) and XII (12). In addition the nerve plexus within the esophageal wall also coordinates the muscle activity. It occurs in segments but normally progresses in such a smooth and coordinated manner that it appears as one continuous movement. The segment of the esophagus lying just after the bolus relaxes while the segment before the bolus constricts. The ball of food is then propelled downwards towards the stomach.

There are two esophageal sphincters that serve to control the entry and exit of food.

Both these sphincters remain constricted by the constant contraction of its muscles. It can relax as food approaches it to ensure that the food passes through but prevents backward flow.

The entire process of esophageal motility is a fairly complex interplay of muscle contraction and relaxation, nerve signals and stretching of the esophageal wall by food. The reason for abnormal contractions leading to esophageal spasms can therefore arise at any of these points. For example, should the nerve impulses to the muscles be too strong, then the muscles will contract harder than normal. In other cases nerve impulses that move too rapidly may cause multiple segments to constrict simultaneously in an uncoordinated manner. Irritation and damage of the esophageal wall can hamper its ability to detect stretching when food is present and thereby coordinate the next segmental contraction.

The two main symptoms are pain and/or difficulty swallowing (dysphagia). Regurgitation may be seen in some cases.

Esophageal pain and painful swallowing (odynophagia) are more commonly seen in nutcracker syndrome. The pain is usually intense and is a squeezing or constricting pain that is typically felt in the chest. Due to the intensity and nature of the pain, it closely resembles cardiac pain as is seen in angina pectoris or even a heart attack (myocardial infarction).

Difficulty swallowing is more prominent with diffuse esophageal spasm. The person often finds that swallowing is not as easy as it normally is and there is often a sensation of a lump in the throat (globus hystericus) after swallowing. Sometimes it is accompanied by discomfort in the chest as if the food is stuck in the esophagus yet it may not be painful. Heartburn (burning chest pain) may also be experienced.

Regurgitation of food is commonly seen with difficulty swallowing. It must not be mistaken for vomiting which is a much more violent process that starts from the small intestine or stomach. Instead the person finds that they swallow and then bring up the food shortly thereafter.

The exact cause of esophageal spasms remains unknown. However, it may be a consequence of various diseases and arise secondary to these conditions. Esophageal spasms may be more likely to occur with one or more of the following conditions :

Not every cases of esophageal spasms need specific medical treatment. Occasional esophageal spasms which do not cause significant pain may be manageable without treatment. Instead treatment may be directed at underlying problems of the upper gastrointestinal tract, motor and nerve disease or mental health disorders that may be contributing to esophageal spasms. When treatment is necessary, it can conducted through medication or surgery.

Acid-suppressing drugs may be helpful in reducing gastroesophageal reflux and thereby ease the esophageal spasms in some cases.

Surgery is only considered when other measures have failed to achieve the desired results.