The sound of gallstones as a disease does not really elicit much concern in most of us. It is known to be painful. It may require surgery. But most of us feel that it is rarely associated with problems. This is incorrect. Gallstones can be very serious. It can lead to life-threatening complications. It can even increase your risk of cancer in the future.

The fact that surgery is the preferred method for a quick, safe and lasting cure makes many of us delay medical attention or seek alternatives. Understandably nobody wants to go under the knife and definitely not for a condition that seems so trivial. Here are some of the facts about gallstones that may shed light on the way you see this problem. 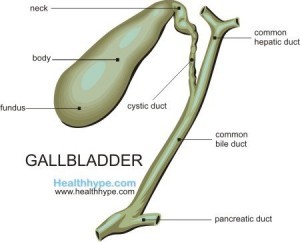 Many Stones Pass Out Silently

Sometimes a person may have tens of stones form in the gallbladder and not have a problem. There are no symptoms and many will dissolve or be passed out without even a hint of gallbladder disease. These stones may be discovered upon routine investigation for some other medical problem or be missed altogether. It only takes one stone that blocks the ducts to cause the host of symptoms that we know as a gallstone attack. But even if you are not experiencing any symptoms there is still a risk of complications in the future. Silent gallstones still require treatment to prevent it from getting bigger and not recurring again.

Women Are At Greater Risk

More women develop gallstones than men. It is believed to be associated with the higher levels of the hormone, estrogen, in the female body. Even using oral contraceptives that contain estrogen can increase the risk of gallstones. The prevalence in women, particularly when using oral contraceptives, accounts for two of the most likely risk factors. Normally this is referred to as the 5 Fs for gallstone risk. Female, fertile, fat, fair, forties. The latter three refer to the greater risk in obese women (fat), Caucasian women (fair) and in the forty year age group. But gallstones can occur in any person, irrespective of gender, age, race or body weight.

Diet May Help In Prevention

A direct link between diet and gallstones is inconclusive but dietary management could nevertheless be incorporated. Changing your diet should never be an option for bypassing medical treatment. If your doctor prescribes medication or advises surgery then it should be done. Here is a list of foods to avoid for gallstone prevention. The key is to manage your cholesterol levels, reduce your intake of fats and limit your daily calorie intake. Remember that by losing weight you will also reduce your gallstone risk. And an important part of weight loss is dietary changes through a low-fat calorie-restricted diet.

Gallstone Symptoms May Be Confusing

Like many medical conditions, the symptoms of gallstones trapped in the duct(s) may not always be typical. For example, many people are surprised to find that gallstone pain may be felt by the right shoulder. It may cause nausea and vomiting and closely mimic indigestion especially since it occurs after meals. Sometimes gallstones symptoms are confused for heart problems. Jaundice (yellow discoloration of the skin and eyes) and itching of the skin could also arise with gallstones. Do not depend on typical symptoms like pain in the upper right quadrant of the abdomen. Remember you could have absolutely no symptoms of gallstones until complications arise. 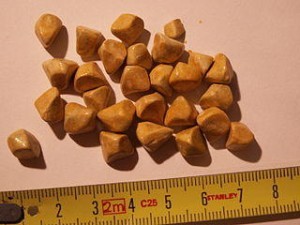 Gallstones can increase the risk of gallbladder and bile duct cancer. Although these types of cancer are rare, it is nevertheless worth noting if there is chronic cholecystitis (gallbladder inflammation) or thickening and hardening of the gallbladder (porcelain gallbladder) which are complications of gallstones. This is one of the many reasons why prompt gallstone treatment is so important even if it means surgically removing the gallbladder, for which many patients are not keen. It can ultimately improve your overall health, avoid recurrences and bypass complications which could increase your cancer risk.

These days surgical removal of the gallbladder (cholecystectomy) is the preferred method for treating gallstones. While bile does help to breakdown fats in the  gut and aid with digestion, a person’s lifespan is not compromised without a gallbladder. Surgical removal prevents recurrence of gallstones or associated complications. Laparoscopic surgery means minimal injury to surrounding tissue, a quick procedure with fewer complications and faster recovery time.

When surgery is not an option, medication may be administered in an attempt to dissolve the stones. It takes a longer time and is only effective for small stones. The delay in treating the problem with medication means that complications may arise. Blasting the stones (lithotripsy) with sound waves is rarely done unlike for kidney stones. Most gallstones are small stones and blasting are generally more effective for larger stones. The risk of complications and need to collect fragments after blasting do not make it a treatment option of choice.