What is fecal impaction?

Fecal impaction, or impacted stool/ feces, is the accumulation of stool into a large, hard and dry mass within the lower part of the large bowels i.e. rectum and sometimes extending into the sigmoid colon. This impacted feces form a stone-like mass that is known as a fecolith or fecaloma. It may also aggravate other large bowel disorders like diverticula when it collects in the outpouchings.

The term impacted bowel is used commonly to refer to fecal impaction. This is usually a consequence of severe and long standing constipation where the feces forms a hard, dry mass and fills up the rectum. It can sometimes extend up as high as the sigmoid colon. 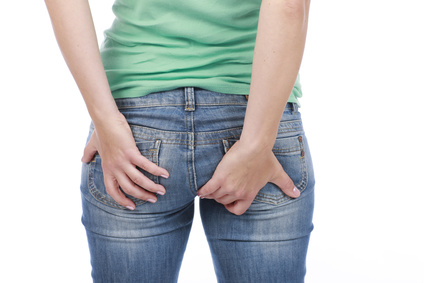 An impacted bowel causes a partial or complete obstruction which leads to the colonic contents backing up. As the condition progresses, especially if left untreated, the backflow of gastrointestinal contents can extend to the small intestine. The colon stretches significantly just proximal to the blockage and expands – this distended colon is known as a megacolon. The normal motility in this area is compromised due to the distension further aggravating the constipation as fecal contents, even when broken up, cannot be evacuated from the rectum.

The danger lies with rare complications like ischemic bowel disease as the blood flow to the distended colon (megacolon) is compromised.  Infection may arise and quickly spread throughout the abdominal cavity. Without emergency medical care, it can be fatal. However, an impacted bowel is NOT a common complication of constipation. It is rarely seen except in the overuse of certain medication, the elderly and bedridden patients.

Removal of the impaction is necessary in order to restore normal bowel movement as the mass cannot be passed spontaneously upon defecation due to its size. It is often a result of constipation, therefore, the cause of the constipation needs to be identified and treated in order to prevent future occurrences of impacted feces.

Furthermore, severe constipation is a symptom of a number of bowel disorders including partial and complete bowel obstruction. Constipation to the extent that it can result in fecal impaction may also be a consequence of using certain medication like strong painkillers, anticholinergic or antidiarrheal drugs or other substances like certain narcotics.

Proximal to the descending colon, the gastrointestinal contents are fluid to semi-solid and only with a significant obstruction will its passage be affected. In the descending and sigmoid colon, the contents become more solid to form the typical firm feces. With fecal impaction, the feces may enter the rectum but is not evacuated as would occur with normal defecation.

Water absorption causes the feces to become dry and hard further compounding the impaction. Fecal impaction is not a common occurrence in constipation, except in certain predisposing circumstances. Most notably, it tends to occur in the elderly, particularly bedridden and inactive (sedentary) patients.

Prolonged or untreated fecal impaction may cause a megacolon. This is an abnormal dilatation (widening, enlargement) of the colon. With time, impaction will damage the mucus lining, affect colonic motility and impair blood flow to the bowel. The latter can progress into ischemic bowel disease.

The capacity of the human bowel coupled with its ability to stretch often means that a person will not notice any specific symptoms of fecal impaction at the outset. Constipation is present and usually ongoing, with patients reporting episodes of bowel incontinence as a result of paradoxical overflow diarrhea. More attentive patients and those with only partial obstruction will report a pencil-thin stool.

Generalized symptoms may include :

Upper gastrointestinal symptoms or generalized symptoms should be monitored closely. It usually arises as the condition has progressed further and is possibly bordering on the onset of complications. These symptoms include :

Removal of the impacted mass is often necessary in order to restore normal bowel function. This does not usually require surgical intervention. Manual breaking and removal of the mass is done digitally per rectal (entry through the anus into the rectum) when other therapeutic means listed below fails to yield results.

Manual removal of impacted feces should NOT be done in the home environment or without medical supervision. It should be done by a nurse or doctor. Improper removal may cause damage or even tears to the bowel and trigger a vasovagal response.

An enema or suppository is necessary afterwards. Subsequent bowel movements may expel any remaining pieces.