The fingers are thin appendages at the end of the hand. Each digit is individually controlled by various muscles with a long tendons lying in the hand or forearm. Most of the finger is occupied by bone, tendons, ligaments with fascia and varying amounts of subcutaneous fat. There are no muscles in the fingers of despite the digits being the most flexible parts of the human body. It also has a high concentration of sensory receptors particularly on the pads of the fingertips thereby making it one of the most parts of the body, second only to the genitalia. Although the fingers are such small structures, it is highly prone injury as it is the most active parts of the body.

Why do the fingers swell?

Swelling is the accumulation of fluid within tissue thereby causing it to increase in size and compress against surrounding structures. In terms of that fingers, the swelling may be in the tissue around the bone (soft tissue swelling), in the bone itself (bony swelling) or the joints of the fingers (joint swelling). It is important to identify exactly which areas swollen as the causes and differ for each location of swelling within the finger. Sometimes a mass or collection of fluid may also cause localized swelling rather than enlargement of the finger as a whole. 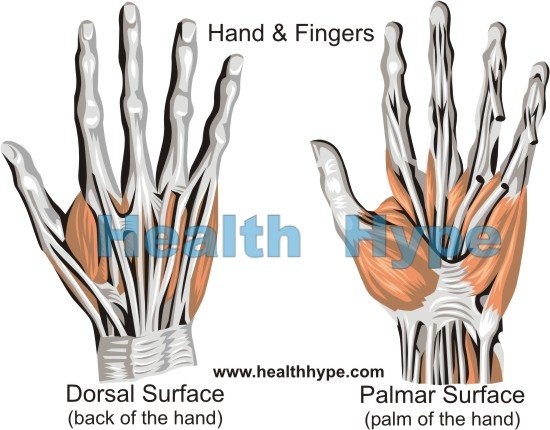 Most of the causes are as a result of inflammation due to injury of the fingers and all hand. With the fingers being such an active part of the body is often the most likely part to become inflamed whether due to a mechanical or chemical injury or an infection. However, fingers swelling may sometimes be a symptom of a systemic disorder although it almost always occurs with hand swelling as well. Various growths may arise in the tissues of the finger thereby appearing as localized masses or swellings.

Injury to the finger may be either chemical or mechanical. Throughout the day the fingers are being exposed to different conditions and the fingers are quite resilient to withstand different forces. It is when an injury occurs that is severe enough to damage the tissue that swelling then arises. Finger swelling due to an injury may be a result of :

Infections are more likely to occur once the skin of the fingers has been damaged thereby allowing microorganisms, particularly bacteria, to enter the underlying tissues. An infection is more likely to occur with a break in the skin of the fingers because the hands are constantly making contact with various substances and surfaces (fomites) which may house large amounts of bacteria. 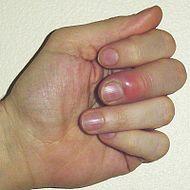 There are a number of different conditions that can cause inflammation of body part without injury all infection. The most significant of these that that lead to finger swelling includes :

A mass in the finger may appear as localized swelling (lumps or bumps). These tumors and growths may include :

Swollen fingers are a clinical sign indicative of some underlying disease. It may be accompanied by various other signs and symptoms in the finger such as :

There  is no specific treatment for finger swelling since it is a clinical sign of some underlying disorder. Treatment should be directed at the underlying cause. Some measures that may be helpful in managing finger swelling before medical attention can be sought includes :