The nails, like every part of the body, reflects the health of a person and defects of the nail may provide an indication of underlying diseases. Some of these disorders may be early signs of disease whereas other defects arise later in the course of the disease.

Localized causes of nail defects should always be excluded before considering the defect as a sign of systemic disease. Poor nail care, excessive use of cosmetic nail products and nail fungi are common causes of nail defects. This may present as lines on the nail plate, breaking or cracking of the nail, rough nails, thick nails and/or discoloration of the nails.

The anatomy of the nail is further discussed under Parts of the Nail. 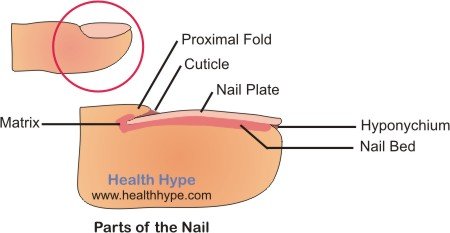 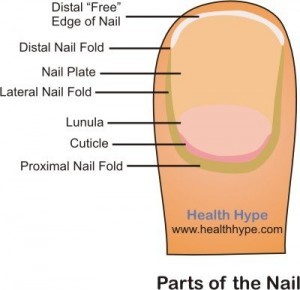 Healthy nails are pale pink in color. This is due to the blood flow in the dermal capillaries of the nail bed. The lunula is a lighter pink to almost whitish in color.

The nail plate is a smooth convex surface. It is hard but flexible and will not crack or chip unless exposed to severe force. Changes in the curvature or lines and ridges may be due to a number of diseases. There may be associated changes in the nail color.

Nails grow at a rate of approximately 0.1 mm/day or about 1 centimeter every 3 months. The nail acts as a record of certain illnesses with the longitudinal axis serving as a timeline. The position of any nail deformity, like Beau’s lines, may indicate the time of an illness.

Normal Lines and Ridges on the Nails 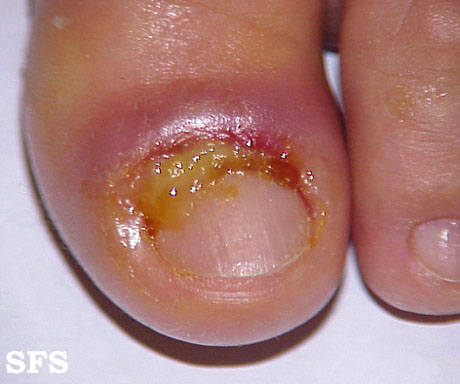 Ridges and Furrows (Grooves) on the Nails 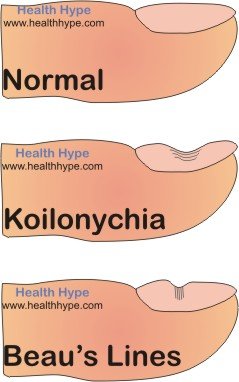 This is a severe swelling of the fingertips causing it to look like enlarged bulbs. The Lovibond angle between the proximal parts of the nail fold and nail plate is distorted, making the nail look extremely curved or humped (refer to the picture above). Clubbing may be caused by : 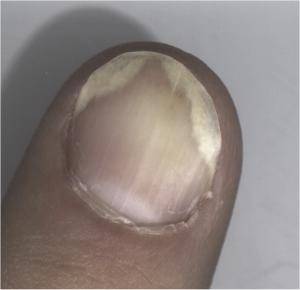 Psoriasis on the Nails

Beading changes the smooth curvature of the nails with longitudinal striations that end as bumps at the tip, similar to dripping candle wax. Nail beading may occur with age or could be related to the following conditions : 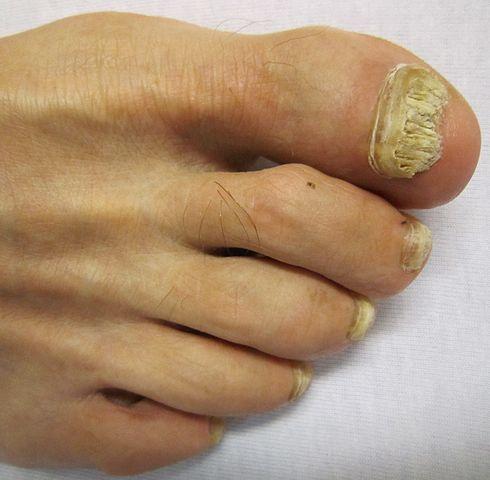 Nails Lifting at the Tip

Onycholysis is the separation of the nail plate from the underlying bed at the tip of the finger or toe. Injury to the finger or toe is one of the more common causes but it may associated with other disorders like :

Onycholysis, like most nail defects, should not be considered in isolation to identify a possible cause of nail changes. Ridges, lines, pitting, change in curvature, discoloration, thickening and rough nails should also be considered.

It is important to differentiate pathology within the nail bed from that of the nail plate itself. One of the most common types of nail discoloration are yellow to brown changes. This is also discussed in detail under brown fingernails, which includes total brown nail discoloration or spots and streaks.