Flatulence is the act of passing gas through the anus which is a normal part of human physiology. Most of the time this passing of gas, which is referred to as farting, is not taken seriously. It is not usually reported as a symptom unless it is excessive resulting in frequent passing of flatus. The term flatulent is therefore accepted as excessive flatulence or frequent flatulence, in excess of the 15 to 20 times a day that flatus is normally expelled.

Apart from the discomfort of frequent flatulence, it can cause significant emotional distress as the passing of flatus may be uncontrollable. It may occur in social settings, often at the most inopportune times, which can be embarrassing. This is exacerbated if the flatus is unusually foul in odor and passing of the gas is loud. However, persistence flatulence is not always a problem and can be linked to recent dietary habits.

What Causes A Person To Be Flatulent?

It is important to understand how flatus forms in the bowels under normal circumstances. The gas that comprises a ‘fart’ (flatus) is a combination of environmental gas and gas produced within the gut. Air is a major component. It enters the gut through the mouth during eating and drinking as well as during talking. This is a result of air swallowing which may also be passed out as a burp (belch).

Intestinal bacteria in the bowels, particularly the large intestine, breaks down food residue in the stool and produces gas in the process. This is another major contributor to flatus and often accounts for the foul odor of flatus, similar to rotten eggs. The breakdown of foods during chemical digestion can also release gas as a byproduct which may also make up flatus in part. Gassy foods and drinks as well as gas from the blood that enters the intestines also contribute to the formation of flatus to a lesser extent. 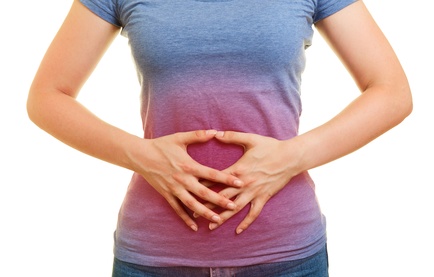 Diseases That Cause Flatulence

Flatulence problems may occur on its own or may accompany other symptoms, particularly changes in bowel habit like constipation or diarrhea. There are various possible causes of abnormally frequent or persistent flatulence. It may be a symptom of some underlying disorder or disease, usually involving the bowels. However, it can also be linked to dietary and lifestyle factors.

A food intolerance is where the body is unable to digest or absorb certain nutrients. The most common of these intolerances is lactose intolerance. Some people have a deficiency or lack of the enzyme lactase. This enzyme is needed to digest milk sugars known as lactose. The undigested lactose remains in the gut where it causes irritation and causes a host of other symptoms.

These symptoms usually start or exacerbate almost immediately after eating and may be accompanied by indigestion, abdominal pain or discomfort, excessive belching, nausea, loud stomach noises or diarrhea.

An obstruction may be partial or complete and occur anywhere in the gut. With movement of food and wastes being slowed down or even blocked altogether, there are various reasons why excess gas production may occur. Flatulence may be more prominent with an obstruction in the small or large intestine. The prolonged duration of stool within the colon in particular allows the intestinal bacteria a longer time to feed on residual nutrients and produce more gas.

An obstruction within the bowels can be serious. Apart from belching and flatulence, it also presents with abdominal pain, severe nausea, projectile vomiting, constipation and malaise. Some of the causes of partial or complete bowel obstruction includes:

Infections of the gut and particularly of the lower small intestine and large intestine can cause symptoms like frequent flatulence. These infections are usually acute meaning that it arises suddenly and usually lasts for short periods of time. It can vary in severity. Some of these infections can be serious and even life threatening.

Symptoms may arise suddenly, especially in acute infections like gastroenteritis, with pronounced nausea, vomiting, fever and watery diarrhea, especially after eating. With intestinal parasites, symptoms may be milder and develop gradually, often with no fever present. Unintentional weight loss is a key feature in these cases.

Unintentional weight loss, diarrhea, abnormalities with stool like steatorrhea, failure to thrive and signs and symptoms of nutrient deficiencies (macro- and micronutrients) may be seen.