Frostbite is a injury caused to tissue by extreme cold. This type of cold injury causes the tissue to freeze which means that fluid within the tissue crystallizes. Frostbite is preceded by a milder reversible tissue injury known as frostnip. As this worsens, frostbite sets in. Depending on the severity, frostbite can lead to permanent tissue injury and sometimes even the loss of affected parts of the body.

Freezing injuries occur with exposure to very cold conditions, especially where there is snow and wind. The extent of the injury also depends on the duration of exposure to the cold. Frostbite has become less common in cold climates where residents are aware of the potential dangers. However, it still occurs in people who are not acclimatized to the cold weather and do not wear the proper thermal protective clothing.

Frostbite occurs as a result of cold exposure or when the affected tissue drops to very low temperatures for other reasons. Therefore frostbite may be a result of:

The body has several mechanisms to regulate the internal temperature. Although the skin has insulating properties, it is not impervious to extremes of temperature. Circulating blood usually prevents surface parts of the body from becoming too cold.

However, low temperatures also causes the blood vessels on the surface to constrict (narrow). This reduces blood flow and therefore warmth to the surface. As a result the body is not able to prevent freezing injuries to the surface beyond a certain point.

How cold for frostbite to occur? 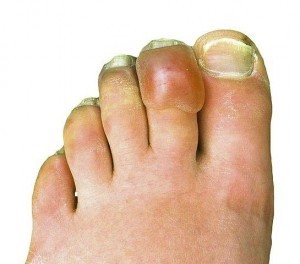 Frostnip is the mildest of the injuries and affects only the outermost layers of the skin. The area feels cold and initially becomes red and then progresses to paleness. Eventually the area turns white. There is a prickling feeling at first, then pain and eventually numbness. The tissue starts to harden and has a waxy appearance.

At this stage the deeper tissue including the area lying underneath the skin is affected. This can extend to the muscles, joints and blood vessels.The pain may intensify but usually there is numbness as the condition worsens. The tissue dies and gangrene may develop if the cold exposure persists.

The treatment of frostbite is not always simply a matter of rewarming the area. Although this is an important measure, it is also important to remove the cold exposure and prevent heat loss. With rewarming the blood vessels widen and blood flow should return to the area. However, this may need to be expedited at times. Similarly the oxygen levels in the affected tissue may need to be increased beyond that which is carried through the blood.

It is important to first prevent further freezing. The source of the cold should be removed, like removing the affected portion from water or removing wet clothing. It is also important too immediately treat hypothermia, which is often present. Once further freezing can be prevented, then only should rewarming be commenced. Pain medication may be administered as there is often intense pain that arises when the tissue is rewarmed.

Removal of the cold source can lead to rewarming on its own or further measures may need to be taken. The affected area should be placed in warm water, around 37º to 42º C (99º to 108º F). Never use hot water or a direct heat such as warming the area by a fire or stove. These heat sources can cause further tissue damage. Immersion in warm water should only be for 15 to 30 minutes.

Rewarming does not mean that all of the affected tissue can be saved. Dead tissue has to be removed to aid with healing of the living but injured tissue. Similarly infected tissue needs to be removed as well. This process of tissue removal is known as debridement and should be done by a medical professional.