If you have repeated bouts of indigestion and stomach pain, have gone through a battery of tests and its all come up clear yet your symptoms persist then you could have what is known as functional dyspepsia. it is a relatively common problem yet it is not widely known. The exact cause is still unknown and there is no known cure or definitive preventative measures.

What is functional dyspepsia?

Functional dyspepsia is a condition where there are stomach symptoms like pain and bloating but it is not related to any identifiable stomach disease. In other words there may be no underlying cause like gastritis or peptic ulcers, hence the term non-ulcer dyspepsia. The term dyspepsia is also used interchangeably with indigestion. It is a common condition and estimates are that 1 out of 4 adults will experience functional dyspepsia at least once a year.

There are many different types of functional disorders like irritable bowel syndrome. A functional disorder does not mean that it is an ‘imaginary’ or psychogenic in nature. Instead there is no clearly identifiable pathology (disease mechanism) to explain the symptoms yet it does exist and affects a person’s quality of life. Although we usually associate indigestion with short term discomfort, some cases of functional dyspepsia can be long lasting.

Gastritis and peptic ulcers are two of the common stomach conditions that lead to symptoms like pain, bloating, fullness after eating a few bites, excessive belching and nausea. However, in non-ulcer or functional dyspepsia these symptoms can still be present despite the lack of gastritis, peptic ulcer disease or other stomach-related conditions. The exact reason for functional dyspepsia is unclear but is not related to any disease. Hence it is a functional disorder.

As with certain other functional gastrointestinal disorders, it is believed to be due to disordered physiological activities like abnormal movement of food through the stomach, increased pain perception by the stomach nerves (visceral hypersensitivity) and alterations in gastrointestinal activity as  result of psychological responses. This complex interplay of factors is also seen in conditions like irritable bowel syndrome (IBS).

It is important to note that many of these factors also play a role in other functional gastrointestinal conditions like irritable syndrome. Similarly it also tends to aggravate gastritis and peptic ulcers. The role of psychological stress is still unclear but does seem to contribute to an exacerbation of symptoms in some cases.

The symptoms of functional dyspepsia include:

These symptoms are similar to a host of other gastrointestinal conditions and it is often difficult to differentiate between conditions. While it may arise with trigger factors like excessive eating or certain foods and drinks, in functional dyspepsia these symptoms can also arise on its own and persist for long periods of time that does not correlate with dietary or lifestyle triggers. 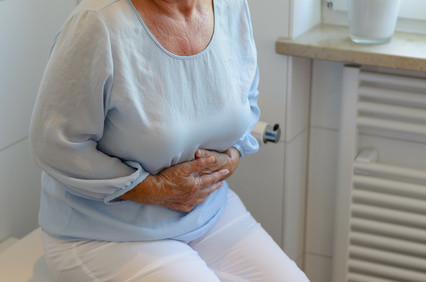 A number of different tests need to be conducted before functional dyspepsia is confirmed. The purpose of these tests are to identify underlying pathology that may be the cause of the symptoms. Investigations include:

The presence of bloody vomit and dark tarry stools (melena) indicates bleeding with the upper digestive tract and not due to functional dyspepsia. It needs to be immediately investigated and treated.

As with most functional disorders, there is no known cure and treatments may not always yield lasting results as the exact cause is unknown. Many people find that there symptoms ease with antacids raising the concern about conditions like gastritis and peptic ulcers that also ease with antacids. However, in functional dyspepsia it is believed that the stomach lining is hypersensitive to the presence of acid without the inflammation seen in gastritis or open sores (ulcers) seen in peptic ulcer disease.

As mentioned, psychological stress may exacerbate symptoms although its exact role is unclear. Therefore treatment may include behavior therapy and counseling to learn relaxation techniques and better coping skills to deal with stress.

There is no specific diet that can be used for all cases of functional dyspepsia in order to provide relief. However, the following measures may prove helpful.