HIV and AIDS in the Human Body

HIV (human immunodeficiency virus) infection gradually destroys the parts of the immune system and it eventually reaches a point where the immune system can no longer adequately protect the body. Eventually a state is reached known as AIDS. which stands for acquired immune deficiency syndrome, where the body is at great risk of a number of opportunistic infections.

The chain of events is as follows :

There are many complications associated with HIV and AIDS. It is largely due to the body’s inability to defend itself from a host of threats in the environment. This manifests as a number of different diseases throughout the body. It is actually these diseases that eventually causes death, and not virus itself.

What is HIV enteropathy? 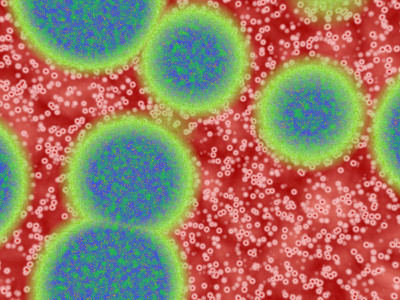 Enteropathy in HIV and AIDS, as is the case in a person who is not immune compromised, may occur for a number of reasons including recurrent infections. However,  the term HIV enteropathy or AIDS enteropathy is a diseased state of the intestines that occurs with no identifiable infection. The most prominent feature of this type of enteropathy is a chronic and persistent diarrhea.

Although HIV diarrhea is known to be caused by a number of pathogens, many of which are opportunistic infections, these other infectious agents are lacking in HIV enteropathy. Similarly, the diseased state in the small intestine is not due to any malignancy (cancerous growths) which are more likely to occur with HIV infection and AIDS. It is believed that HIV enteropathy may be due to the virus (HIV) itself which causes small intestinal disease either directly or indirectly.

The effects, either direct or indirect, of HIV on the small intestine wall may lead to this diseased state known as HIV enteropathy. The exact process is not clearly understood but microscopic examination shows a condition known as subtotal villous atrophy. In order to understand what this means it is important to her first have a working knowledge of the structure of the small intestine. 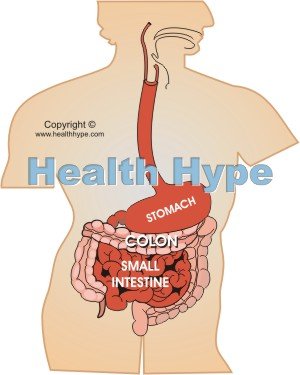 Intestinal crypts are another important part of the small intestine wall. It is here that digestive enzymes are produced and stem cells are housed for helping the mucosa regenerate. Beneath it lies other layers of the small intestine wall including the connective tissue that provides strength and flexibility and muscles that contract and relax to facilitate movement of food.

With enteropathy the process is a bit more complicated. The irritation and inflammation of the small intestine, and other possible factors that are not yet fully understood, may cause these microvilli to shrink. It may not disappear altogether but rather be much shorter and thinner than it normally is.  This state is known as subtotal villous atrophy. However, some of the small intestine tissue including parts of the microvilli may already be destroyed from previous recurrent intestinal infections that are more likely to occur in HIV.

Ultimately, the surface area of the small intestine is reduced.

It is believed that the virus (HIV) may itself cause enteropathy through various mechanisms, many of which are not fully understood as yet.

Irrespective of the mechanism of enteropathy, the following occurs :

All of these effects means that food is not digested properly and nutrients are not absorbed as efficiently as is normally the case. This maldigestion and malabsorption also disrupts the environment within the small intestine. Some of the naturally occurring bacteria in the small intestine begins to overgrow and other pathogenic bacteria may also infect the intestine.

The wall of the small intestine is compromised to the extent that certain substances can “leak” out of the tissue fluid and blood flowing through the wall. Some of these substances is blood proteins and this condition is known as protein-losing enteropathy.

The main symptoms of enteropathy is a chronic and persistent diarrhea and a significant weight loss over a period of time. The defining feature for it to be classified as HIV enteropathy is diarrhea that lasts longer than one month without any pathogens (disease-causing microbes) beyond HIV found in the small intestine. The nature of the diarrhea can vary from being excessively watery and explosive to a large volume bloody stool. They may be other non-specific gastrointestinal symptoms like :

There is no specific treatment for HIV enteropathy and it may occur even in HIV positive people on antiretroviral therapy. The focus is therefore to manage the symptoms and assist with digestion and absorption problems with various treatments as is used in other types of small intestine diseases. Probiotics are helpful in maintaining the population of the normal intestinal flora. Several clinical trials are currently underway to investigate the effectiveness of different treatments for HIV enteropathy.

The following video is an overview of some of the measures that may be useful for diarrhea in HIV positive patients, which is the major symptom of HIV enteropathy.