Pain, burning, tingling and aching are some of the ways we describe different sensations that we experience. However, these conventional terms do not always describe every type of sensation. At times the sensation that we are feeling does not fit into one of these terms. A hollow feeling in the pit of the stomach which is also sometimes described as a pit sensation may be some of the other unconventional terms that are used.

Many people associate a hollow stomach feeling with hunger. While hunger pangs may present with a similar sensation, it is important to differentiate between hunger and stomach symptoms. If the sensation persists after eating, then it is unlikely to be hunger. The gastric acid and stomach enzymes increase after eating and tends to aggravate the symptoms of most stomach conditions.

While a hollow pit sensation may not seem like a serious symptom, it should still be investigated by a medical professional if it persists for long periods or intensifies. Sometimes this non-specific sensation can be linked to serious conditions, like stomach cancer. It is therefore important to take note of any other accompanying symptoms and seek medical advice as soon as possible.

A hollow pit feeling in the stomach is non-specific. This means that it may occur in a host of different stomach conditions and may also occur for other reasons where there is no disease or abnormality in the stomach. The accompanying symptoms alone may not be sufficient for an accurate diagnosis of the hollow stomach feeling.

Therefore it is necessary to consult with a medical professional and undergo the necessary diagnostic investigations to isolate the exact cause. Some of the more common causes have been discussed below however it is important to note that a hollow pit stomach feeling is vague and may occur in a host of other stomach conditions.

Indigestion is a general discomfort perceived in the upper abdomen and usually attributed to the stomach. This includes a bloated sensation, burning sensation or ache in the stomach and nausea. These symptoms are usually accompanied by a loss of appetite. Indigestion is usually not due to any disease and the sensation that occur may vary. Sometimes it may be described as a hollow feeling in the stomach.

Indigestion may be a symptom in various upper gastrointestinal conditions such as gastresophageal reflux disease (GERD) and gastritis. When it is not associated with any underlying disease then it may be caused by:

The walls of the stomach may become injured and inflamed. This is known as gastritis. It is a common stomach condition which typically presents with a  burning or gnawing ache in the stomach, nausea, sometimes vomiting and changes in appetite.

Open sores can form in the stomach or the duodenum (first part of the small intestine that follows from the stomach) and this is collectively known as peptic ulcers. These sores usually cause intense upper abdominal pain, nausea, changes in appetite and sometimes vomiting. There may also be blood in the vomit as a result of bleeding ulcers.  Most cases of peptic ulcers are symptomatic but it can sometimes be silent or present with unusual sensations.

Peptic ulcer disease is usually caused by the same conditions as gastritis. This includes H.pylori infection and the excessive use of NSAIDs. However, it is more likely to occur in certain people like cigarette smokers, with excessive consumption of alcohol and psychological stress. 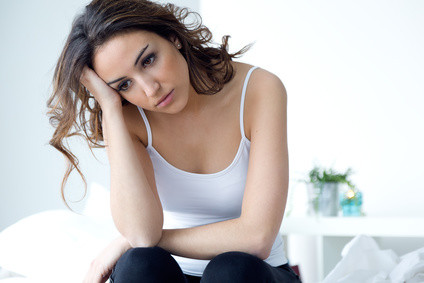 It is not uncommon to experience anxiety in stressful situations but sometimes episodes of anxiety may occur without any immediate trigger. This is known as an an anxiety disorder and may be associated with other mental health conditions like depression or post traumatic stress disorder (PTSD).

Depending on the underlying cause, surgery may sometimes be required.