There are many different types of bowel conditions but IBS and IBD are among the two most common. These are two conditions are often confused with each other. Despite the commonality in location and some symptoms between both conditions, irritable bowel syndrome (IBS) and inflammatory bowel disease (IBD) are two entirely separate conditions. One is a disease, the other is not. One is associated with a higher risk of cancer, the other other is not. One may require surgery to remove a portion of the bowel, the other does not. But both conditions can be debilitating and adversely affect a person’s quality of life. 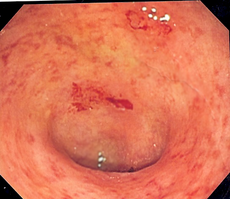 Inflammatory bowel disease is a disease as the name suggests but irritable bowel syndrome is a functional disorder. This means that in IBS there is no pathological (disease-related) changes in the bowels but yet the condition occurs. Functional disorders are believed to be an abnormality in normal body functions. With irritable bowel syndrome, it appears that the movement through the bowels are either too fast or too slow. In inflammatory bowel disease however, the problem is that the bowel is inflamed for some reason. It is believed to be autoimmune in nature. This culminates in lesions like ulcers forming within the bowel walls.

Types of IBS and IBD

Part of the Bowel Affected

The part of the bowel involved in irritable bowel syndrome cannot be conclusively identified. It seems to extend through most of the lower gastrointestinal tract, from the small intestine all the way to the colon. But it may include the entire gut. The part of the bowel affected in IBD can be more definitively identified with diagnostic investigations like an endoscopy or colonoscopy. In ulcerative colitis, the inflammation is limited to the colon. But with Crohn’s disease the inflammation can occur anywhere in the gut, from the mouth all the way to the rectum. However, it is mainly a portion of the small intestine known as the ileum that is affected in Crohn’s disease.

Symptoms of IBS vs IBD

There are many similar symptoms of IBS and IBD, such as:

Symptoms like bloody stool or mucus in the stool are seen in inflammatory bowel disease (IBD) but not irritable bowel syndrome (IBS). Sometimes there are symptoms outside of the gastrointestinal tract in IBD, like erythema nodosum (skin lesions). These extra-intestinal symptoms do not occur in IBS.

The exact cause of both IBS and IBD remains unknown. It seems unlikely that both conditions are caused by the same factors despite a family history being the common risk in both conditions. Similarly certain foods may serve as triggers but it is highly variable in both conditions and from sufferer to the next. IBD is thought to be an immune-related condition, possibly associated with a viral infection or autoimmune in nature. IBS is largely associated with abnormalities in the nervous system which is believed to affect the muscles in the wall of the bowels. This in turn results in overactivity or underactivity of the bowels.

Irritable bowel syndrome has no associated risk with bowel cancer. When bowel cancer does occur in IBS patients, it is either unrelated or the IBS may have been incorrectly diagnosed. Inflammatory bowel disease (IBD) has a strong associated risk with colorectal cancer, irrespective of whether it is ulcerative colitis or Crohn’s disease. However, the cancer risk is much greater with ulcerative colitis than with Crohn’s disease. Patients with Crohn’s disease affecting the small intestine are at a greater risk of small bowel adenocarcinoma. Regular screening is therefore advisable in IBD patients. 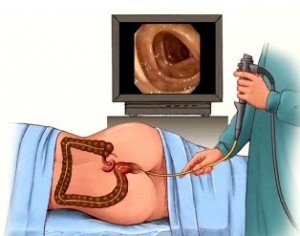 The diagnostic investigations conducted for inflammatory bowel disease and irritable bowel syndrome are largely the same. This includes a colonoscopy, flexible sigmoidoscopy, barium enema, CT scan, MRI, stool and blood tests. Positive findings on one or more of these tests may confirm inflammatory bowel disease. But with irritable bowel syndrome the results/findings should be negative. Irritable bowel syndrome is only diagnosed when all other bowel disorders have been excluded as possible causes of bowel-related symptoms. A test to measure the bowel transit time, meaning the time that food takes to move from the mouth to the anus, may be faster or slower than normal even in IBS.

Medication for IBS vs IBD

IBS is incurable. But the medication used to manage the condition can help to relive symptoms like pain, constipation and diarrhea. Other drugs work by acting on the nerves of the bowels. Many IBS patients do not use chronic medication but in severe cases it may be necessary.  It can reduce painful cramps and slow down bowel motility. With IBS, the drug approach is significantly different. Some drugs may be used to control the symptoms like in IBS. But the main aim of drug therapy is to reduce inflammation. This is done with anti-inflammatory drugs and immune suppressants. Antibiotics are also used in IBD, and sometimes for IBS.

Surgery for IBS vs IBD

Thus far, surgery has not been shown to be helpful in the management of irritable bowel syndrome (IBS) in any way. However, it is conducted for severe cases of inflammatory bowel disease (IBD) that is not responding to drugs. It can eliminate ulcerative colitis completely but would require that the entire colon and rectum be removed. Surgery may allow Crohn’s disease to shift into remission for long periods of time when he diseased portion of the gut is removed. Usually surgery is not the first treatment option for inflammatory bowel disease (IBD) unless there is evidence of cancerous lesions in the bowel.