Itching skin during pregnancy may occur :

Itching skin during pregnancy may be due to a number of causes that were present prior to conception. At other times, those conditions that appear after conception may have been developing or were bound to develop, irrespective of the pregnancy. In both these instances, pregnancy was not the cause or precipitating factor and these itchy skin conditions were non-specific. Refer to Causes of Itchy Skin (1).

However, itchy skin in pregnancy may be a result of some underlying condition or cause that has been exacerbated due to the pregnant state. Alternatively, pregnancy was the trigger for the onset of a condition which the woman was predisposed to but had not as yet presented due to the lack of precipitating factors. Hormonal, immunological or unknown factors relating to pregnancy may serve as a trigger or aggravating factor for pre-existing or chronic skin diseases. Refer to Itchy Skin Rashes (2).

Of these type of conditions, allergic conditions resulting in itchy skin are the most common. The increasing estrogen levels are known to exacerbate allergy-related conditions and may be also be noticed by females using hormone contraceptives or even hormone replacement therapy (HRT).

The use of antihistamines to treat the itch are often of concern due to the debate surrounding the teratogenic properties of these drugs. Certain antihistamines like chlorphenamine have a long safety record in pregnancy and can be used for palliating the itch although this should only be done after consulting a doctor or gynecologist.

Itching within the first trimester of pregnancy is common and is usually not a cause for concern if there is no visible skin rash or concomitant signs and symptoms. It mas spontaneously resolve after a few weeks or months. Anxiety may play a role in this type of itching (psychogenic) as it is more frequently noted in first time mothers. However if the itching is persisting, getting worse, affecting sleep or other activities, then it should be investigated.

There are certain causes of pruritus in pregnancy that may only occur or are more likely to occur in the pregnant state. The cause may pose a threat to the fetus and should therefore be investigated. 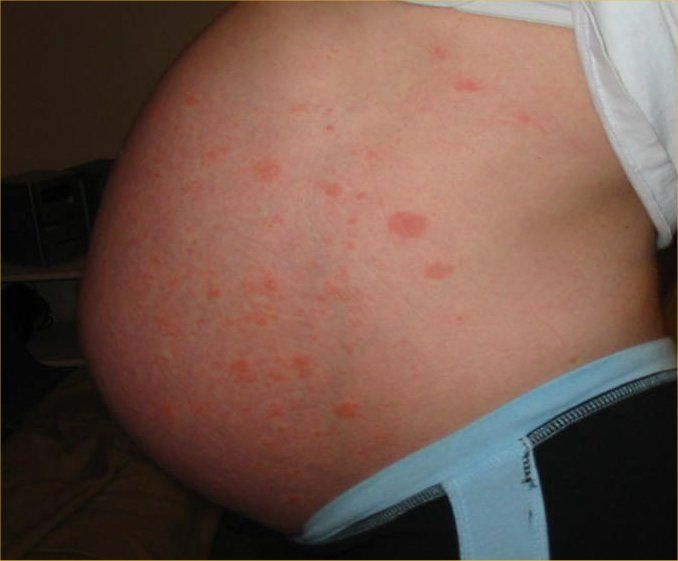 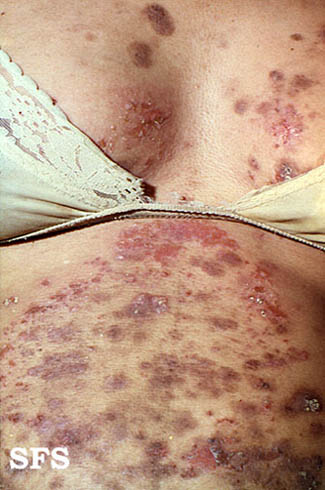