Joint pain in the legs can make walking and standing difficult, often contributing to a change in gait. The pressure of supporting the upper body weight when suffering with a joint disorder can aggravate joint pain and swelling and it is important to seek appropriate treatment or it can hamper daily functioning. The knee and ankle are prone to a number of joint disorders, although diseases affecting the smaller joints of the toes can be equally painful and disturbing.

Osteoarthritis is the most common form of arthritis and occurs due to the wearing down of cartilages in the joints, and occurs more frequently in the elderly. Women are more affected than men. Hereditary factors and a history of joint injury may be among the risk factors for developing osteoarthritis. It is a chronic degenerative disease which can affect any joint but leg pain occurs when it involves the hips, knees, and low back area. There is pain in the joints during and after movement such as walking, stiffness of the joints (especially on getting up in the morning or after a period of inactivity), and restriction of joint mobility. X-ray and magnetic resonance imaging (MRI) help in diagnosis, and blood tests may be useful to rule out other causes of joint pain such as rheumatoid arthritis.

Rheumatoid arthritis (RA) is a chronic inflammatory disorder, commonly affecting the small joints of the hands and feet. RA is an autoimmune disease where the lining of the joint is affected, causing painful swelling of the joints. It is a bilateral condition, affecting joints of both sides symmetrically. Small joints, such as those of the ankle and feet, are affected initially but in the later stages the knees and hips can become involved too. Joint pain, swelling and morning stiffness lasting for many hours are common symptoms of rheumatoid arthritis. X-ray and blood tests for rheumatoid factor (RF) and anti-cyclic citrullinated peptide (anti-CCP) antibodies may help in diagnosis.

Gout is a painful condition caused by deposition of uric acid crystals in the joints. The joint at the base of the big toe is most commonly affected, but the ankle and knee joint may be involved too. There is typically a sudden, severe attack of pain, tenderness, swelling, and redness of the big toe, often waking a person up from sleep. Men are more likely to be affected than women, and certain factors such as excessive alcohol intake, diabetes mellitus, hypertension, and a family history of gout may be considered as risk factors for development of this disease.

Pseudogout is a condition where calcium pyrophosphate crystals are deposited in the joints instead of uric acid crystals, causing joint inflammation and pain. It typically affects the large joints of the arm and legs, with the knee being particularly prone and may last for several days or weeks.

Septic arthritis is an infection in a joint where the infection has spread from some other part of the body. Bacterial infection is most common, normally affecting a single joint, and causing severe pain. The knee joint is usually affected, but the ankle or hip may be involved as well.

Other diseases affecting the joint

Joint pain is among the common drug side effects and many drugs can cause leg joint pain. Some of the drugs may aggravate other joint disorders while others like anticoagulants (example – warfarin) can result in bleeding within the joint along with pain.

Knee pain is a common symptom, that may occur a few times in life without any discernible cause. In the event of pain associated with a swollen knee and difficulty in putting any weight on the joint, it is advisable to consult with a doctor to identify other pathologies that may be contributing to knee joint pain. 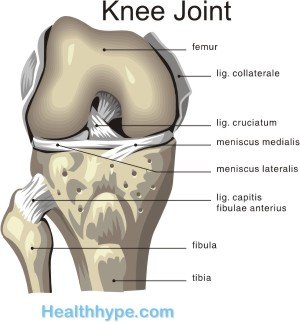 Ankle pain may be accompanied by joint swelling, redness and detectable heat or occur without any other signs and symptoms. Some causes of ankle pain include :