It is important to differentiate an abnormal vaginal bleed from a menstrual bleed (periods) within the reproductive years of a woman’s life. However, once menopause sets in then any vaginal bleeding may be considered abnormal. Bleeding after menopause may not always due to serious causes but should be investigated as it can at times be a sign of cancer.

When is Menopausal Bleeding Abnormal?

Vaginal bleeding after menopause is not an uncommon occurrence and there may be the odd instance of abnormal vaginal bleeding which should not be a cause for concern. This post-menopausal bleeding is usually mild spotting or a light flow that lasts for a day or two. If it is a heavy flow, persisting for a long period of time or resembles a period (menses), then it warrants further investigation.

Before diagnosing a post-menopausal bleed, it is important to first confirm that menopause has set in. Cessation of periods after the age of 40 years is not necessarily menopause unless your periods have stopped for 6 consecutive months. Other causes of cessation of periods (amenorrhea) has to be excluded. For example, certain drugs can cause periods to stop. In a middle-aged woman this is due to the drug and not menopause.

Prior to menopause, women enter a period known as perimenopause. It is a gradual transition to menopause during which the symptoms menopause arise. The periods may also stop for a month or two but return thereafter. Menstrual bleeding is erratic until there is complete cessation of the periods. After 6 months of no bleeding (amenorrhea), menopause can be confirmed. However, bleeding thereafter may then be considered as am abnormal menopausal bleed. 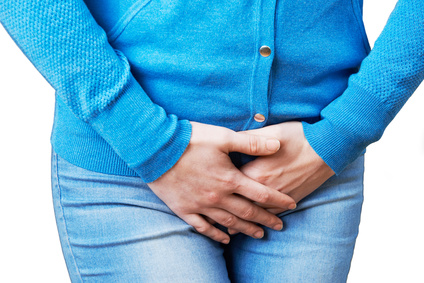 Causes of Abnormal Bleeding in Menopause

The causes of menopausal bleeding can be divided into different categories:

Bleeding is a sign of a break in blood vessels as well as the skin surface or lining of a cavity. It can occur with a host of different conditions. It is therefore important to seek medical attention to identify the exact cause. Early diagnosis and prompt treatment can greatly improve the outcome and prevent complications.

Injury to the vagina and sometimes extending as high as the cervix and uterus may be the cause of sudden postmenopausal bleeding. This can occur physically with forceful sexual intercourse or during medical procedures as discussed below. Chemical injury caused by vaginal douches can occur if there are harsh chemicals that irritate or injure the vaginal lining.

There are several iatrogenic causes of abnormal bleeding during or after menopause. The two most likely causes have been discussed below. Various other drugs can also be responsible for abnormal vaginal bleeding.

Various benign (non-cancerous) and malignant (cancerous) growths within the reproductive tract can cause abnormal bleeding.

It is always advisable to consult with a medical professional about an abnormal vaginal bleed, whether it is before, during or after menopause. However, immediate and emergency medical attention may not be necessary. A minor bleed that occurs with no other symptoms is not a medical emergency. If it resolves spontaneously and does not occur again then it may not be a cause for concern.

However, when there is postmenopausal bleeding that is ongoing then medical attention is necessary. The condition should be considered more serious if there is heavy blood loss as well as other symptoms like pain, fever and any foul-smelling discharge. Worsening symptoms like bleeding or pain require emergency medical attention. An ongoing bleed, even if minor, along with unintentional weight loss should be seen as serious warning signs of cancer.