Having a bowel movement is not something that most of us give much thought to on the average day. However, for some people it can be marked with pain and discomfort which makes an otherwise mundane body process an unpleasant event to fear. Pain before, during or after a bowel movement is not normal. When it does occur, it should be investigated further to find the underlying cause and treat it appropriately. Sometimes the cause is just a temporary disturbance or illness but at other times pain with a bowel movement may be the symptom of a very serious and even life-threatening ailment.

It is not uncommon for us to feel a slight discomfort before a bowel movement. This is the body’s way of signaling that it needs to pass out feces. It is an urging or discomfort at most, but should not be painful. If the sensation is ignored then the discomfort can increase substantially. This is intended to motivate a person to find a toilet and take the appropriate position to allow the body to release the feces.

Causes of Pain Before Passing Stool

Any pain prior to passing stool is not the same as the normal urging to defecate. Even the most intense urging should not be overt pain. When pain is present, it indicates a problem with the bowels and/or anus. Pain that starts just before stool usually is a result of disease or damage to the bowels. The strong contractions that occur prior to defecation triggers pain in the already injured or inflamed bowels. 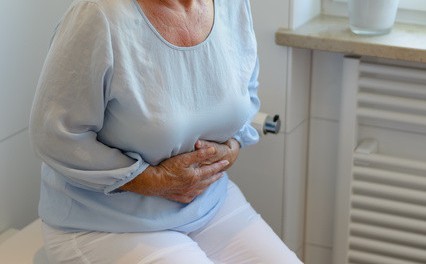 Sometimes abdominal pain may occur for no clearly identifiable reason and is short-lived. The fact that it precedes a bowel movement may have no correlation.

Second to the seasonal flu, bowel infections like viral gastroenteritis are the most common causes of acute bowel symptoms. It usually does not last for more than a few days to a week at most. These infections are not serious in most cases and can resolve on its own with adequate bed rest and fluids. Some bowel infections may require medical intervention.

Injury to the bowel can be mechanical, chemical or electromagnetic in nature. This may cause inflammation in the bowel wall which leads to a host of symptoms including pain before a bowel movement. Usually the trauma is obvious and can be easily isolated but sometimes it may be difficult to pinpoint.

In some conditions, it is the malfunctioning immune system that is the cause of the disease. These are known as autoimmune conditions. Here the immune system attacks the bowels and causes inflammation. This disturbance in immune function may be triggered by some environmental factor, like a viral infection or toxin. However, the underlying problem is usually genetic.

Injury may arise with restricted blood flow to the bowel walls. This type of tissue injury is known as ischemia. If severe, the bowel tissue can eventually die. Ischemic bowel disease can affect any part of the small and large intestine. When the colon to the rectum is affected, then symptoms like pain related to bowel movements become more pronounced. This is also known as ischemic colitis.

Both drugs and toxins can cause chemical injury to the bowels, stimulate excessive and strong bowel contractions and/or cause bleeding from the bowel wall. There are a number of substances that can be involved. Usually the upper parts of the digestive tract is also affected. However, in the case of suppositories or enemas the irritation will be isolated to the anus, rectum and lowest parts of the colon.