Humans have co-existed with animals for millenia. Pets primarily provide companionship and the dog, cat and bird are by far the most common pets for these reasons. Despite the fact that we live so closely with these animals, it is not entirely without any health risk. There are several infectious diseases that humans can contract from their pets. Some are mild but others can be very serious, and even life-threatening. We now know that very close contact between humans and animals can even lead to new types of infectious agents which could pose a threat to global human health.

What is a zoonotic illness?

Zoonotic infections or illnesses are diseases that humans can acquire from pets. It may be in the form of a virus, bacteria, protozoa, fungi or parasitic worms. There are some misconceptions when it comes to zoonotic illnesses in general. Firstly, it is not related to animals in a zoo nor is it only from wild animals. You can get these infections from even domestic animals within your home who appear to be good in health. Secondly, these types of illnesses can occur globally and not only in underdeveloped nations where humans and animals share resources such as water from a lake or well. 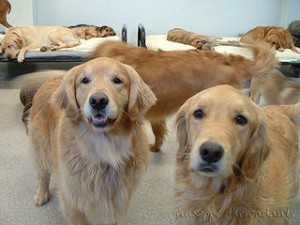 The spread of diseases from pets to humans have been an age old problem. It is only now with the advances in medical science that these diseases have been identified and better understood. Pets pose a risk to human health and it is particularly children, the elderly and people with weakened immune systems like in HIV/AIDS who are more prone to developing these illnesses. One of the key factors identified in zoonotic illnesses is the closeness of contact between human and animal. Infectious agents from pets (viruses, bacteria, protozoa, fungi, worms) can be transmitted through the animal’s saliva, feces, urine, hair/fur and sometimes through intermediary insects like ticks or fleas.

Is hugging and kissing a pet dangerous?

Yes, it could be. Hugging and kissing a pet frequently can increase the risk of disease transmission between pets and humans. Most of us think of our pet as part of the family and have physical contact with them that goes beyond the short bout of stroking and patting. Children in particular tend to hug and kiss animals. But this is risky behavior irrespective of how healthy your pet may be. Most zoonotic illnesses from pets are quite rare so the vast majority of people do not contract these illnesses despite close contact with their pets.

Types of Diseases From Pets

There are many different types of diseases that can be contracted from a pet. Here are some of the more common types that may be passed on from dogs, cats or birds to humans. It is important to note that the prevalence of some of these diseases may vary by country and region, as well as by season. Also read more on fever after animal contact.

Campylobacteriosis is an infection with the Campylobacter species of bacteria. The most common type to infect humans is Campylobacter jejuni. It causes gastroenteritis in humans, and diarrheal illness in pets like cats and dogs. New puppies in the home are one of the major carriers. Humans may contract the infection when they come into contact with the stool of animals who have the infection. Outbreaks of campylobacteriosis are rare but more often occur due to contaminated unpasteurized milk while pets account for individual cases within the household.

Cat scratch disease or cat scratch fever is a bacterial infection caused by Bartonella henselae. Fleas spread the disease among cats but humans acquire the infection when scratched or bitten by an infected cat. Most cats do not display symptoms despite carrying the bacteria. Symptomatic cats may have a transient flu-like illness with lethargy and swollen lymph nodes, and sometimes neurological symptoms. A similar flu-like illness is seen in infected humans and in rare cases there are also neurological symptoms. Cat scratch disease is usually self-limiting and short-lived.

Leptospirosis (Weil disease) is a disease caused by Leptospira bacteria, the most common of which in human infections is Leptospira interrogans. It is naturally found in water and mud. Animals (dogs, rodents and livestock) may contract it from the environment but usually do not develop a disease. The bacteria are usually carried in the kidneys of the infected animals and then spread humans who come into contact with their urine. Initially the disease may appear similar to other common diseases like the stomach flu (anicetric phase) but later on organ failure may arise (icteric phase).

Mange is a skin disease that affects dogs and cats, and can be passed on to humans. It is caused by wide range of mites, some of which are closely related to the scabies and demodex mites that infest humans. It causes itchy red skin lesions in humans which may become pustular and peel mainly due to the scratching. Complications like bacterial skin infections are a result of scratching and introducing bacteria into the skin lesion. An infestation in humans will resolve on its own within a few weeks, however constant contact with a pet with mange can lead to a prolonged skin disease.

Psittacosis is a bacterial infection that is transmitted from birds to humans. It is caused by the bacterium Chlamydophila psittaci. Overall psittacosis is not a common disease in the general population. People who are in close and frequent contact with psittacine birds like parrots are at greater risk, hence this conditions is also known as parrot fever. It is spread to people when bird feces or secretions like saliva are inhaled. Initial infection with the bacteria causes mild flu-like symptoms but eventually a range of organs may become involved. This includes the respiratory system in particular, as well as the liver, gastrointestinal tract, nervous system and skin.

Rabies is one of the more well known animal diseases worldwide. It is caused by the rabies virus (Lyssavirus genus) which is transmitted through the saliva of an infected animal, usually as a result of bites. Humans can be infected in the same way as animals. Cats and dogs are at risk of this disease and there are immunization programs to prevent rabies in almost every country. It initially causes flu-like symptoms but eventually a wide range of neurologic symptoms arise such as hallucinations, agitation, confusion, hyperactivity and insomnia. Excessive salivation and a fear of water are two characteristic symptoms of rabies. It can lead to death in humans if left untreated.

Ringworm is not a parasitic worm infestation as is sometimes thought. It is a fungal infection of the skin mainly caused by a group of fungi known as dermatophytes. These fungi have a predilection for causing acute skin infections which often appear as a red ring-like lesion, hence the term ringworm. Athlete’s foot (tinea pedis), jock itch (tinea cruris) and scalp ringworm (tinea capitis) are some of the common presentations. Most dermatophytes that cause these infections are transmitted through direct and indirect contact among humans. However, it is possible to contract these infections from fungi in soil and on animals like dogs.

Salmonellosis is a type of gastroenteritis that is caused by Salmonella bacteria. Most of the time it is transmitted through contaminated food and drink but it can also be transmitted through contact with animals, including pets like cats and dogs. Salmonella outbreaks are not uncommon but often this disease is underreported because in most cases the infection is self-limiting. Cats and dogs may also develop salmonellosis but can also be asymptomatic carriers (fur, saliva and feces). Diarrhea, fever and abdominal cramps are some of the more common symptoms in humans.

Toxoplasmosis is a common infection caused by a parasite known as Toxoplasma gondii. Most healthy people who are infected with the parasite never develop any symptoms. It can be transmitted through contact with contaminated food, water, objects (fomites) or the feces of infected animals, like cats. For most healthy people who do develop symptoms, it is usually mild and appears similar to the flu. Infants, pregnant women and people with weakened immune systems may develop a very serious disease. In these cases it can severely affect the brain, eyes, lungs and liver among other organs.