The skin is laden with a rich network of blood vessels that contributes to the complexion particularly in lighter skinned individuals. Vasodilation causes redness of the skin whereas vasoconstriction results in a more pale hue. The face is prone to a phenomenon known as blushing where certain stimuli, particularly emotions, may cause a sudden and excessive reddening of the face including the ears. This is often seen with embarrassment and is more prominent in a person who is emotionally sensitive and is due to sudden vasodilations of superficial vessels on the skin of the face.

Redness of the cheeks specifically may not be an uncommon presentation and is more likely to be evident in paler skin types, particularly in women. It is often seen as an aesthetically pleasing appearance and women the world over use cosmetics to achieve this effect. However, at times this cheek redness may be extremely prominent and associated with certain skin, circulatory and even systemic diseases.

What is Malar Flushing and Malar Rash?

Redness of the cheeks is known as malar flushing. Malar referring to the cheeks and flushing arising with excessive redness due to dilation of the superficial blood vessels. It is important to differentiate malar flushing associated with pathological causes, from physiological responses and normal redness of the skin. Malar flushing is also often associated with warmth at the site and does not occur with any skin rash. A red skin rash on the cheeks is known as malar erythema or a malar rash.

Blood flow to any part of the skin is determined by neural, hormonal and thermoregulatory measures. In this regard, redness of the cheeks may be seen with :

Certain foods, particularly spicy foods and substances like alcohol can also cause flushing. Red cheeks may also be seen with very cold weather due to local vasodilation associated with a drop of skin temperature on the exposed face. 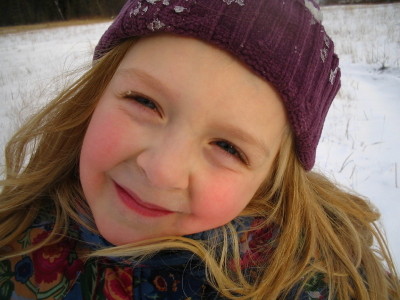 Injury to the cheeks may occur with trauma, particularly assault, and is usually one sided. A condition known as slapped cheek syndrome which is discussed later is not actually related to slapping of the cheek. Other causes of trauma may be due to sun exposure and sunburn specifically. Photodermatitis is a condition where the skin is hypersensitive to sun exposure. It is a type of contact dermatitis specific to sun exposure and is also referred to as a sun allergy or sun poisoning.

A number of skin diseases can cause redness of the cheek. Most of these conditions are not specific to the cheek and may occur anywhere in the body. With many generalized skin diseases, the protruding parts of the body are more prone. Some of the skin conditions includes :

The skin conditions present with a number of different skin lesions, including raised plaques, papules (pimples), peeling and dry skin (excoriation). Redness is present in all these cases to varying degrees. However, conditions such as acne rosacea are characterized by excessive redness and tends to occur more frequently on the cheeks and other parts of the face. Other skin conditions associated with an infection or systemic autoimmune disorders are discussed in the respective sections.

Redness of the cheeks may be due to localized infections or present as a reaction pattern in systemic infections or an infection at another site. One of the infections of note is erythema infectiosum or fifth disease caused by parvovirus B19. It is commonly called ‘slapped cheek syndrome’ because of the prominent red rash on the cheeks (refer to picture below). 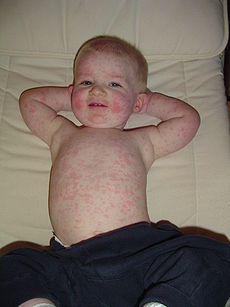 Other infections, which may cause redness that is not specific to the cheek, may include :

Toxic shock syndrome is a complication of an acute bacterial infection, usually caused by Staphylococcus aureus or less commonly by group A beta-hemolytic streptococci. Facial redness is one of the many clinical features. This condition is caused by the buildup of bacterial toxins in the system.

Malar flushing or rash may occur as a clinical feature of various immune-related conditions. This may include an allergic reaction/disease or autoimmune disorder. At times, redness of the cheek can be characteristic of immune-related disorders, like malar erythema (butterfly rash) seen in systemic lupus erythematosus (SLE).

Other conditions where malar flushing or malar erythema may not be characteristic of the condition includes :

Malar flushing is not specific for any cardiovascular disorder but is more frequently seen in mitral valve stenosis. This is a narrowing of the valve lying between the left atrium and ventricle. Flushing is a consequence of pulmonary hypertension which is associated with backed up blood in the vessels to and from the lungs.

Polycythemia vera is an excess of red blood cells which causes redness throughout the body, particularly in areas where the blood vessels run very superficially. The face and the specifically the cheeks are therefore more red than normal.

In Cushing syndrome which is due to an excess of cortisol, the typical presentation involves a round face with plethora (flushing due to increased blood flow). This may be more prominent on the cheeks.

Hyperthyroidism is an overactivity of the thyroid gland leading to an excess of circulating thyroid hormones (thyrotoxicosis). Hyperthyroidism patients tend to be intolerant to heat and this may be evident at times by flushing of the face. The most common cause of hyperthyroidism is Grave’s disease, a rare complication of which is Graves dermopathy which causes redness of the skin.

A number of substances may cause facial flushing although not malar flushing specifically. This may include prescription medication, narcotics and poisonous substances. In terms of prescription medication facial flushing is a common side effect seen with a variety of drugs including those used for the treatment of acne, hypertension, hypercholesterolemia, systemic inflammatory disorders, erectile dysfunction, cancer and for pain management. The same is applicable to narcotic substances, specifically drugs like MDMA (ecstasy) and cocaine, but flushing may be seen with most illicit drugs. Facial flushing may also be seen with scombroid food poisoning (decaying fish), mercury poisoning and niacin/nicotinic acid toxicity.

Malar flushing may be mistaken for the use of certain cosmetics that impart a reddish hue primarily on the cheeks (blush). Sometimes cosmetics may cause a contact dermatitis which may be responsible for the redness. Certain cosmetic procedures like microabrasion and chemical peels may cause excessive redness of the face, immediately after the procedure but this is usually short-lived. However, rosacea may develop after these treatments which causes persistent redness.