What is a small intestine leak?

The gut wall is continuous throughout its length ensuring that the contents within it are kept separate from other organs as it passes through the thoracic (chest) and then the abdominal cavity. The strength and flexibility of the gut walls allows for parts of the gut to run close to vital organs like the heart without running the risk of digestive enzymes, bacteria and substances within it from making contact with the various organs. The gut itself is capable of contending with the various potential irritants within it – food, fluid, strong enzymes and disease-causing (pathogenic) microbes. Even when diseased, the structure of the gut allows for the pathology to be restricted to within the gut in most instances. However, the surrounding organs and structures in the abdomen are easily injured. 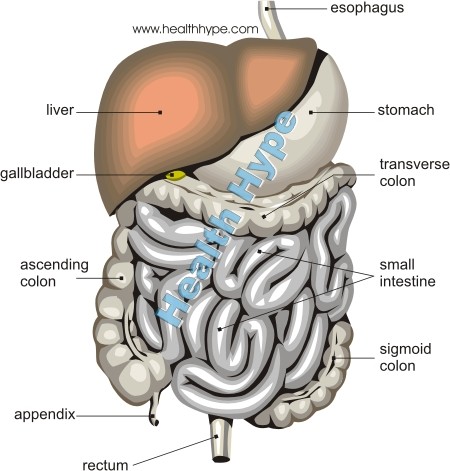 The small intestine is the longest part of the gut and due to its location and susceptibility to developing certain conditions, it is one of the more common sites of a perforation in the gut. The other likely locations of a gut perforation are the stomach and colon as discussed under perforated bowel. The small intestine like most of the abdominal organs is covered by a thin lining known as the visceral peritoneum. This lining is continuous with the another peritoneal layer adhering to the abdominal wall – parietal peritoneum. The potential space within these peritoneal layers is known as the peritoneal cavity which contains a small amount of lubricant fluid known as peritoneal fluid. When a hole occurs in the gut, its contents escapes into the peritoneal cavity causing inflammation of the peritoneum – peritonitis. This inflammation can quickly spread to surrounding organs, irritating and damaging it to varying degrees.

With the  abdominal cavity lacking of skeletal protection and the small intestine occupying most of the space, it is the more likely organ to be injured in the following situations :

Depending on the nature of the injury and force, the small intestine wall may be perforated.

Peptic ulcer disease (PUD) is the formation of open sores in the lining of the stomach and duodenum (first part of the small intestine). In severe cases the ulcer may extend through the entire thickness of the gut wall. Since duodenal ulcers are more common, a perforation is more likely to be seen in the duodenum. Helicobacter pylori (H.pylori) infection and prolonged use of NSAIDs (non-steroidal anti-inflammatory drugs) are the leading causes of peptic ulcers.

Certain drugs like NSAIDs and corticosteroids may also contribute to holes in the small intestine especially when used in large doses over a long period of time. The elderly are at greater risk. It is also more likely to happen in a person with diverticulitis or a Meckel diverticulum. Radiation therapy for the treatment of abdominal cancers can cause a small intestinal perforation as a late complication. Less commonly, a perforation may occur with high doses of immunosuppressants used to prevent transplant rejection.

Perforation of the small intestine can unintentionally arise with the following procedures :

Both chemicals and physical objects can lead to small intestine perforation once ingested. This is more likely to occur with :

The most common symptom is abdominal pain. It is typically generalized abdominal pain and usually accompanied with abdominal distention. The symptoms are largely the same as peritonitis since this is the most likely condition to develop as the small intestinal contents leak out. Other symptoms that may be present includes :