The sternum or breastbone is the central bone at the front of the chest to which the clavicle (collarbone) and ribs attach. It is an elongated flat bone made up of three parts – manubrium (uppermost part), body of the sternum (longest part in the middle) and the xiphoid process (short pointed part at the bottom). Most of the sternum that can be felt in detail over the skin on the chest wall especially in a thin person.

The sternum is not a smooth bone – there notches at the top (suprasternal notch) and facets on the sides for the clavicle and ribs to attach to, it also has several transverse ridges on the sternal body. The xiphoid process with its pointed end may at times be felt as a small lump at the bottom of the sternum. Overall however, the sternum sits somewhat flush with the rest of the chest wall.

Sometimes there may be swelling in or over the sternum or isolated lumps (masses) that can be felt or can even be seen over the sternum. These abnormalities need to be investigated as it may be a clinical sign of certain underlying diseases.  Lumps on the sternum may not involve the breastbone. It can instead arise from the tissue over the sternum, such as inflamed lymph nodes. 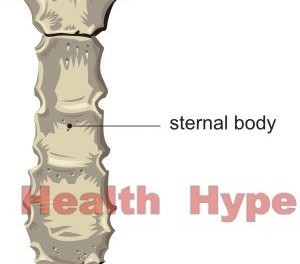 Sternal swelling or a mass may also be accompanied by other symptoms such as :

The absence of these symptoms does not mean that any swelling or lump on or over the sternum is not due to any serious cause. However, when there is one of more of these other symptoms that accompany a sternal swelling or mass then immediate medical attention should be sought.

Causes of Sternal Lumps and Swelling

Often the presence of a lump raises the concern about tumors, and specifically cancerous tumors. However, there are various reasons for lumps (growths) on or over the sternum. It is important to note that lumps are masses and must be differentiated from swelling over the breastbone.

The sternum is covered by subcutaneous tissue and skin as part of the anterior chest wall. In addition muscles and its tendons lying next to the sternum as well as sheets of connective tissue known as fascia all contribute to the layers of tissue over the sternum. In most instances it is inflammation of these overlying layers that is more likely to be responsible for sternal swelling. The inflammation is largely acute and resolves after a short period of time unless there is repetitive injury.

More severe injury typically with a motor vehicle collision may cause a fracture of the sternum. This leads to swelling over the fracture site. In some instances where an injury does not fracture the bone, it can cause inflammation of the sternum. However, even in these case of injury without a fracture it is the swelling of the overlying tissue that is more likely to be visible and palpable. 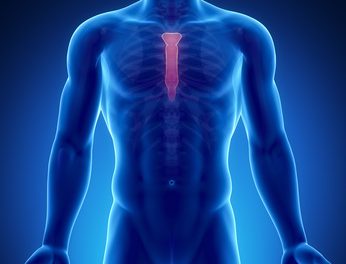