There are three parts to the brain – the cerebrum which is the largest part, the cerebellum and the brainstem. Any organ of the body may become swollen and the brain can also swell for various reasons. This can increase pressure on and in the brain and even affect its functioning. With the brain being a vital organ, this swelling can be serious and even life threatening.

What is cerebral edema?

Cerebral edema is the medical term for swelling of the brain. Cerebral refers to the brain and edema means swelling. It occurs when the brain tissue swells due to an increase of fluid in the tissue spaces or within the cell itself. This leads to raised intracranial pressure as the brain enlarges to occupy more space than is available within the cranial cavity (skull cavity where the brain is housed).

The pressure on the brain can cause a wide range of symptoms but initially and with moderate swelling, there may be no clear symptoms.This is also dependent on whether only certain parts of the brain are swollen (localized edema) or if the swelling is throughout the brain. It can be serious and depending on the underlying cause, even life threatening. 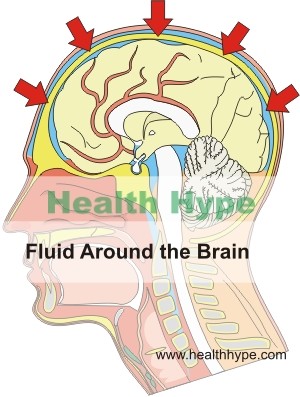 There are four types of swelling that can occur in the brain.:

Cytotoxic edema arises when there is damage to the cell membrane (neuron) which disturbs the regulation of the fluid within the cell. This is seen in cases like oxygen deprivation (hypoxia), inadequate blood supply (ischemia) or metabolic damage. Fluid within the brain cells (intracellular fluid) increases and leads to brain swelling.

Vasogenic edema occurs where there is damage to the blood vessel(s) in the brain allowing fluid to leak from the intravascular compartment into the brain tissue. This may be seen with vasculitis, inflammation, infection or generalized swelling of the body (anasarca). Fluid in the tissue spaces between cells increases which leads to the swelling of the brain.

Osmotic edema may occur when the osmotic balance that maintains the fluid difference between the fluid in the blood vessels and the tissue spaces is disturbed thereby allow fluid from the blood to move across into the tissue spaces. This may be seen with water retention or certain endocrine disorders involving ADH (antidiuretic hormone).

What happens in brain swelling?

Most acute causes of cerebral edema cause rapid swelling of the brain. This is more dangerous because with gradual swelling the body has time to compensate through various mechanisms like altering the volume of CSF (cerebrospinal fluid). As the brain tissue swells, various changes occur – the convolutions of the brain surface become flattened and the cavities of the cerebral ventricles are compressed.

The outward pressure of the swollen brain opposes the inward pressure of the cranium and surrounding cerebrospinal fluid. This leads to brain herniation where there is disruption of the blood supply to the brain (ischemia, hemorrhage), compression of the cranial nerves and even the brain stem. Death of brain cells can cause a range of symptoms, lead to permanent damage and even to death. 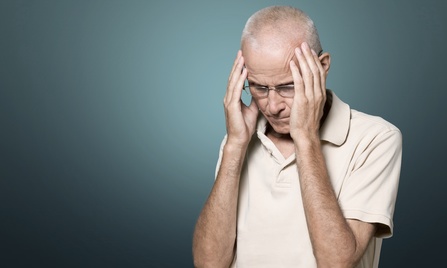 There are a number of mechanisms that may cause swelling of the brain tissue.

Traumatic brain injury (TBI) is seen with trauma to the head and neck like in falls, motor vehicle accidents and assault where the impact causes the brain to collide with the surrounding skull bone. Inflammation sets in and is further exacerbated by the nature of the injury, especially if there is a fracture of the skull or sharp force trauma. Swelling is mediated by the inflammatory cells and chemicals and drainage of tissue fluid may also be compromised.

Bleeding in the brain tissue may lead to a hematoma which compresses the brain tissue in a similar manner to swelling associated with tissue fluid accumulation. Rupture of a blood vessel may occur for various reasons, including trauma, a ruptured anuerysm or tearing of the blood vessel with high blood pressure. Apart from the swelling, the oxygen supply to the brain may also be affected (hypoxia) which leads to ischemia and inflammation.

This may be associated with trauma and a hemorrhage. It is seen in cases like a stroke where a blood clot or reduced blood volume affects the oxygen supply to the brain tissue (hypoxia). Swelling occurs as a result of inflammation associated with hypoxia (ischemia).

Various infections may arise in the brain and surrounding tissue with inflammation resulting in edema. This may be due to bacteria, viruses, parasites or rarely even fungi seen in immunocompromised patients like with HIV/AIDS and diabetics (mucormycosis). Apart from edema of the brain tissue (encephalitis) or meninges (meningitis), a collection of pus associated with an infection (abscess) and filling of cavities with pus (empyema) may also cause swelling and compression of the brain tissue.

Certain toxins, metals and even drugs can cause cerebral edema. This may be dosage-dependent. Cerebral edema may be vasogenic, cytotoxic, osmotic or hydrostatic in nature.

Benign and malignant growths can cause cerebral edema as a result of compressing the tissue, blocking the blood flow, lymphatic drainage, CSF obstruction or leading to inflammation associated with tissue damage. Other intracranial masses, not related to overgrowth of tissue, may also be responsible – cysts (hydatid, arachnoid, colloid), schistosomiasis, tuberculoma and sarcoidosis (granulomas).

Abscesses and hematomas are also intracranial masses discussed under infections and brain hemorrhage, respectively. While these tumors and space-occupying masses compress the brain tissue thereby resulting in a host of symptoms, it is the ensuing inflammation and swelling that is true cerebral edema.