Torticollis or wry neck (Picture 1) is a disease since birth, which causes fibrosis of the muscle sternocleidomastoid. The fibrosis can also be a result of birth trauma or trauma during childhood to the sternocleidomastoid muscle. Normally, this muscle helps in nodding and side to side movements of the neck. Thus, sternocleidomastoid fibrosis halts its further growth, causing a decrease in neck movements and fixed rotation of the head to one side. The short and tout band of the fibrosed sternocleidomastoid can be seen in front of the neck on the affected side. Unlike trapezitis, the symptoms of torticollis are generally permanent unless treated with corrective surgery. 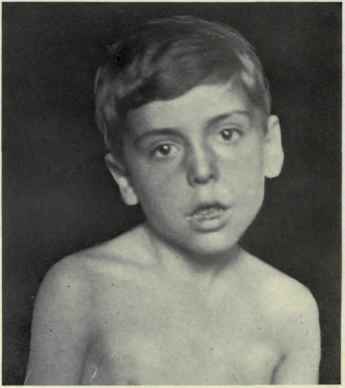 The severity of this disease increases as age advances because the muscles and structures on the opposite side tend to grow normally compared to the affected side. This causes more rotation of the head with secondary problems in vision and hearing. The tilting of the head on one side with lack of growth in the sternocleidomastoid muscle leaves very less space for the passage of vessels and nerves. It is this that causes inflammation and shooting pain towards the shoulder and along the arm. This is only seen in advanced disease, which occurs in people who were not treated in childhood. Thus, it is very important for parents to look out for this disease in their children and seek proper treatment before its too late !

Temporary torticollis or secondary torticollis is caused by factors which cause a voluntary tilting of the head to one side. The person may maintain the posture of torticollis to avoid some pain or because of reflex spasm of the sternocleidomastoid muscle. The distinguishing feature of this torticollis is that the head can be brought to normal position using a little force. This torticollis goes away as soon as the factor causing it is treated.

The treatment of torticollis is by a surgery, which increases the length of the shortened sternocleidomastoid muscle or partial release of the muscle from the sternum (breast bone). Routine x-ray examination is done to rule out any vertebral diseases which may cause similar symptoms. X-rays can also show the presence of calcification in the fibrosed muscle. The surgical procedure can be a z-plasty or a v-y plasty depending on the region of fibrosis in the sternocleidomastoid muscle. This is followed by rest for 4 weeks and then muscle strenthening exercises to regain strength in the lengthened muscle. Incase of complete fibrosis of the muscle, a tendon transfer may be done from the chest muscles. This is a major surgery and requires the expertise of a plastic surgeon along with an orthopedist. After a successful surgery, 60-80% of movements are regained, which is highly compatible with normal life and prevents the development of vision and hearing defects.