What is a UTI?

UTI is the acronym for urinary tract infection. This refers to an infection of the urethra, bladder, ureter and/or kidney. Most UTI’s are due to bacteria but other microbes may also be responsible although this is rare. The action of the causative microbe results in inflammation of the organ or part of the organ that it has infected leading to a host of symptoms like :

Different terms are used to indicate inflammation due to an infection of certain parts of the urinary tract.

In men, the prostate gland may also be infected and this is referred to as prostatitis.

It should be noted that these terms may be used for other causes of inflammation. For example : interstitial cystitis is the inflammation of the bladder due to non-infectious causes. Apart from the symptoms of a UTI, a urinalysis will confirm the presence of microorganisms and a culture will help assist with identifying the causative organism.

Bacteria colonize the distal part of the urethra even in a healthy person. This does not cause a UTI unless some contributing factor like obstruction or reduced output of urine, trauma to the urinary tract and changes in the composition of urine allows for bacterial spread.

Bacteria cause most urinary tract infections and enter through the urethra. The bacteria multiply in the bladder and can infect the ureters and eventually the kidneys. Bacterial infections that start in the kidneys are more serious as it means that the causative microorganism has reached the kidney through the bloodstream and there is a greater risk of septicemia.

The most common bacterial causes of a UTI include :

Fungal infections are more likely to affect the bladder and kidney and often reach the kidney through the bloodstream.  It does sometimes start in the lower urinary tract (urethra and bladder) as a result of the insertion of a catheter when treating other urinary tract conditions.

The most common fungal cause of a UTI is due to the Candida species (spp)  although other species (example : Cryptococcus spp, Aspergillus spp) may also be responsible. Fungal urinary tract infections like renal candidiasis is rare in a healthy person and most cases are seen in immunocompromised patients (HIV/AIDS, uncontrolled diabetes, cancer, chemotherapy).

Other Infections of the Urinary Tract

Many sexually transmitted diseases may cause a UTI including Neiserria gonorrhoeae, Chlamydia trachomatis, Trichomonas vaginalis and herpes simplex virus. Schistosomiasis (Schistosoma haematobium) or bilharzia  is an infection with a flatworm (fluke) which lodges in the bladder and causes significant damage to the lining of the bladder.

Most urinary tract infections are due to bacteria. Although there are various different types of bacteria that can cause urinary tract infections, it is the bacteria from the bowels especially Escherichia coli (E.coli) that are mainly responsible for UTIs. Overall UTIs are more common in women than men largely due to the shorter urethra. This means that the bacteria, or other microorganism can quickly travel up the urethra to lodge in the bladder leading to cystitis. However, in the senior years the risk of UTIs are the same between men and women. UTIs are marked by :

However, a large number of urinary tract infections particularly in the elderly are asymptomatic.

The approach to treatment changes for complicated and uncomplicated urinary tract infections in women. Most cases are ascending UTIs meaning that it infects the urethra and cystitis and then spreads upwards to the ureter and kidney. In a complicated UTI, the infection has passed the bladder and involves the kidney (pyelonephritis). Phenazopyridine is used for pain, discomfort and spasm of the bladder. 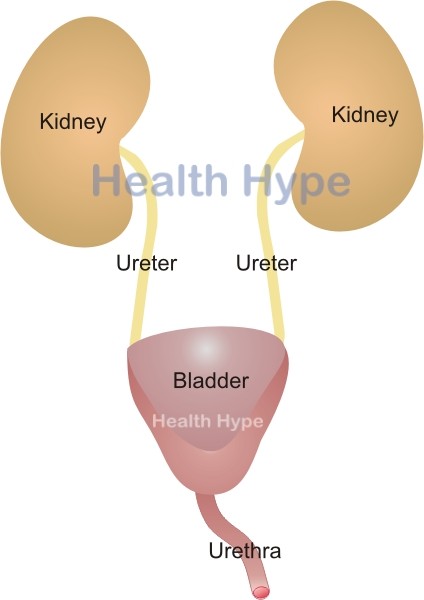 Fosfomycin is not suitable as a first line therapy for pregnant women.

First line therapy in pregnant women includes the use of :

Urinary tract infections in men are always considered as a complicated infection. Phenazopyridine is used for pain relief and bladder spasms.

UTI’s may complicate into infections of other organs :

The types of antibiotics used in treating bacterial UTIs in children differs depending on the age of the child.

The following antibiotics are administered intravenously in babies under 8 weeks of age.

The following antibiotics are administered orally in babies between 8 weeks to 2 years.

The following antibiotics can also be used in children older than 2 years.

Other measures for relief of symptoms in children like urinary pain includes :

There are several simple lifestyle measures that can be implemented to help relieve the symptoms or reduce the frequency of recurrent infections. These remedies cannot replace the use of medication like antibiotics.