As the plaques grow larger, it occludes (blocks) the lumen of the artery to a greater extent until a point is reached where the blood flow to target organs and tissue is severely affected. This decreases oxygen supply leading to ischemia and possibly even infarct. It is often at this stage where the first signs and symptoms of atherosclerosis are noticed.

Apart from the narrowing due to the growing plaque, the hardening of the artery hampers arterial stretching and rebound relaxation which is important for keeping the blood propelled. The arterial wall becomes fragile and can rupture thereby allowing for the adhesion of platelets to the wall. This results in thrombosis, which is the formation of a blood clot. Coupled with the bulge of the atheromatous plaque, this will eventually lead to a complete occlusion of the artery.

Structure of an Artery

The wall of an artery has 3 layers :

Atherosclerosis tends to affect larger elastic arteries and medium size muscular arteries like the aorta or carotid artery. It may also affect the smaller coronary arteries of the heart. Athersclerotic plaques form under the endothelial lining within the underlying intima connective tissue.

How does atherosclerosis occur?

The exact mechanism of atheroslcerosis pathogenesis is unclear. Usually a number of risk factors need to be present for atherosclerosis formation, although sometimes, just one factor is sufficient.

The current hypothesis of atherogenesis (the formation of atheromatous plaques) is known as the response-to-injury hypothesis. It is a culmination of two previous hypotheses on atherogenesis as well as new findings due to developments in medical science. 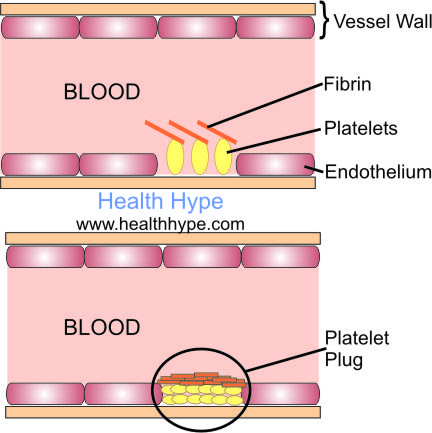 Atherosclerosis causes almost no signs and symptoms in the early stages of the disease. It is only when the blockage caused by the atherosclerotic plaques reach an extent where the blood flow through the diseases artery is significantly affected that a person will notice any symptoms. Upon examination by a medical doctor, there may be no detectable signs and diagnostic investigations to detect a clogged artery will be necessary.

Sudden and more severe signs and symptoms may be seen if a blood clot (thrombus or embolus) develops at the site of the plaque thereby causing a more rapid blockage. The signs and symptoms that arise as a result of atherosclerosis emanates from the tissue or organ which is receiving blood via the diseased artery. The most prone arteries are those of the neck (carotid artery), heart (coronary artery) and leg (common iliac, femoral, popliteal, tibial).

The signs and symptoms of occlusion in these areas, as well as to other organs, are discussed in detail under Blocked Artery. The effects of any reduction in blood flow to these target areas may result in atrophy (shrinkage), ischemia (tissue injury) or infarct (defined area of tissue death). 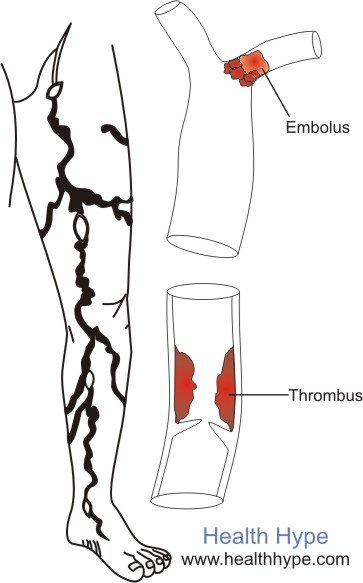 In the early stages, ischemia is the most common effect but only at times of stress when increased blood flow to the area is needed. However, the diseased and narrowed artery cannot accommodate for the demands in blood flow so the target area shows signs of tissue injury as a result of hypoxia (reduced oxygen supply).

Before the major complications of atherosclerosis arises, like a stroke, heart attack or leg ulcers or gangrene, a range of signs and symptoms will have gradually developed. These may be reported to a medical professional although many patients may ignore these early signs. It may not occur consistently and does not arise on every occasion of exertion.

The early signs and symptoms may include :

Unlike with the heart and legs, these signs and symptoms may arise suddenly without any strenuous physical activity.

Slurred speech, difficulty walking or coordinating movements, persistent paresthesia and fainting will only present once the condition progresses significantly. These signs and symptoms last for a short period, even after stopping any physical activity, and is known as a TIA (transient ischemic attack). If left untreated, it will eventually lead to a stroke (CVA/cerebrovascular accident). 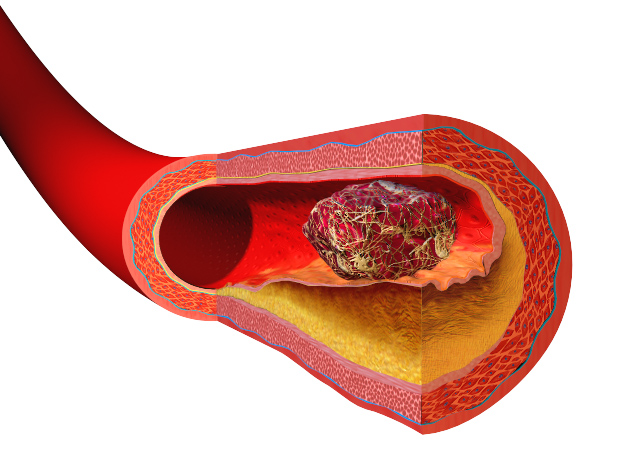 The early signs and symptoms are almost always detected upon physical exertion. In an unfit person, this can be as slight as running up a flight of stairs, jogging a short distance or even repeatedly lifting heavy objects. Severe, especially sudden, mental and emotional stress can also trigger the onset of these signs and symptoms.

Other symptoms like sweating, vomiting and persistent crushing chest pain will only occur in more severe cases of coronary artery disease or in a heart attack (acute myocardial infarction). As the condition progresses, even mild physical activity and slight mental or emotional stress will trigger angina.

Arterial ulcers, loss of hair on the leg, persistent numbness and paresthesia or absent pulses are only present in severe peripheral arterial disease. Gangrene is a serious complication of chronic, untreated cases.